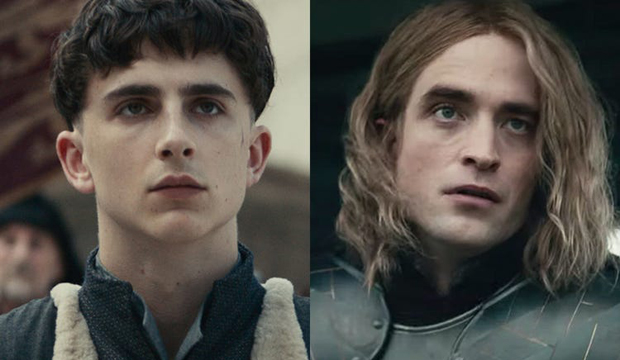 Timothee Chalamet was determined not to be typecast after his breakout, Oscar-nominated performance in “Call Me By Your Name” two years ago. Since then he has appeared in an eclectic mix of films, each different from the last. His latest, David Michod‘s “The King,” is based on on several plays from William Shakespeare‘s historical plays, collectively referred to as the “Henriad.” It recently screened as part of the BFI London Film Festival and will be released stateside by Netflix on October 11 before it streams starting on November 1.

As Henry V, Chalamet shows a steely brutality mixed with measured strength in a physical role that presents him as a leader amongst much more experienced men. He redeems himself in a part played on-screen previously by Laurence Olivier and Kenneth Branagh. Those knighted actors headlined straightforward adaptations of Shakespeare’s play “Henry V.” This new film, which was written by Michôd and Joel Edgerton (who also stars as Falstaff), offers a more modern take.

Hal, a wayward prince and heir to the English throne, is crowned King Henry V after his tyrannical father dies. Now the young king must navigate palace politics, the war his father left behind, and the emotional strings of his past life. Robert Pattinson plays the eccentric French adversary of Henry V, the Dauphin. He has limited screen time but wrings every morsel of his part dry, making the absolute most of his performance. The audience at the London Film Festival screening was brought to appreciative laughter almost as soon as he started speaking.

Production designer Fiona Crombie, who was Oscar-nominated for “The Favourite” last year, creates detailed palaces and halls, and crafts chaotic scenes of war. The latter must require a lot of work but Crombie’s craft makes them look like as though they were spontaneously created by the bedlam of battle.

Cinematographer Adam Arkapaw captures the brutality of the action and the complexities of a King’s court here and will hope to be in the Oscar discussion. He hasn’t been nominated for an Oscar yet but did win consecutive Emmys in 2013 and 2014 for “Top of the Lake” and “True Detective,” respectively.

Costume designer Jane Petrie dresses Chalamet’s King and all his men with the same talent that saw her win an Emmy for dressing a different group of royals in “The Crown.”

A shout out to the hair and make-up department, too, who have created a haircut for Chalamet’s character that a lot of guys will be asking their barbers to replicate in the same way that they did for Cillian Murphy‘s Tommy of “Peaky Blinders.”