Over the course of three seasons, no one has dominated “World of Dance” quite like The Kings, the Indian hip-hop crew who swept through season three this past spring with five dances that averaged an astonishing judges’ score of 98.8, including a perfect 100 in the season finale. Now three of those routines are nominated for Best Choreography at the Emmys, and they might be tough to beat. Watch all of their season two routines above.

The group’s choreographer is Suresh Mukund, who’s nominated for “Malhari” from the Duels, “Yeh Raat” from the Divisional Final and “O Fortuna,” the routine that won them the million-dollar grand prize. The dances were highlighted by their high-flying stunts, but they were also distinguished by their originality, variety, storytelling and the ability of the dancers to create illusions in real-time, like wind blowing through their costumes and even a slow-motion fight sequence in their finale number. I’m kind of surprised they didn’t also earn Emmy nominations for Best Visual Effects and Best Stunt Coordination.

When it comes to awards, sometimes more is more, and Mukund may have the most elaborate choreography in this year’s Emmy lineup. But this is also the first time “World of Dance” has ever been nominated for this award. The show was completely skunked last year for its first season, though this year it claimed four of the six nomination slots. Also nominated for the show are Melvin “Timtim” Rogador, Tessandra Chavez and the duo of Karen Forcano and Ricardo Vega. Perhaps just as formidable are the two “So You Think You Can Dance” nominees: two-time winner Travis Wall and overdue Luther Brown. But if academy judges are like “World of Dance” judges Jennifer Lopez, Derek Hough and Ne-Yo, then Mukund just might be the Emmy King. 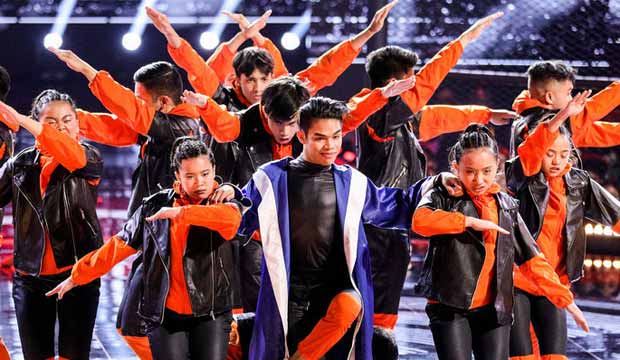