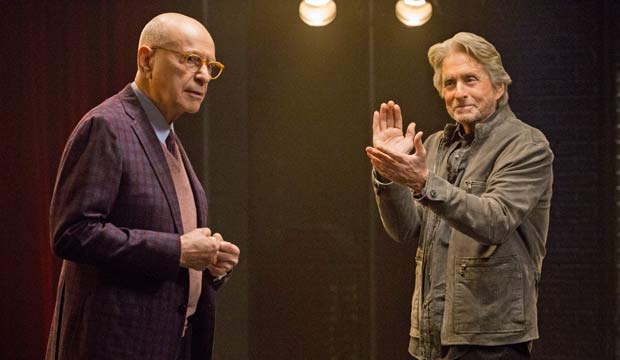 Given the Golden Globes‘ love of all things new and buzzworthy, it’s a little surprising that Netflix still hasn’t won Best Comedy Series. The pioneering streaming service previously earned nominations for “Orange is the New Black” (2015-2016) and “Master of None” (2018). Now they’re in the running again with “The Kominsky Method.” Will the fourth time be the charm?

Based on the combined predictions of more than 1,000 Gold Derby users as of this writing, Amazon’s “The Marvelous Mrs. Maisel” is the front-runner to win again with leading odds of 17/5; that would give Amazon its fourth win in five years. It’s followed closely by “Barry” with 19/5 odds; that would be the seventh win for HBO.

“Kominsky” ranks third with 4/1 odds, but it might have more going for it than we’re giving it credit for. The Globes like to be the first to reward a new show, and “Kominsky” is the newest in the category, having just premiered in November. The Globes also love movie stars, and this series is led by two Oscar winners: Michael Douglas as the title character, a former actor who now makes his living as an acting coach, and Alan Arkin as his agent. Both Douglas and Arkin are nominated for their performances, which ties “Kominsky” with “Maisel” and “Barry” as this year’s most nominated comedy.

Though “Maisel” is our consensus choice to win, two of the Expert journalists we’ve polled say “Kominsky” will upset: Gold Derby’s own Joyce Eng and Susan Wloszczyna. The series is also backed by five Editors who cover awards year-round for Gold Derby: Eng and Wloszczyna, along with me, Marcus James Dixon and Matt Noble. Also predicting a “Kominsky” win are two of the Top 24 Users who got the highest scores predicting last year’s Globe winners for TV and one of our All-Star Top 24 who had the best scores when you combine the last two years’ Globe predictions.

Do you agree with our odds that “Maisel” will win Best Comedy Series again, or are we outliers onto something? There could be a “Method” to our madness.