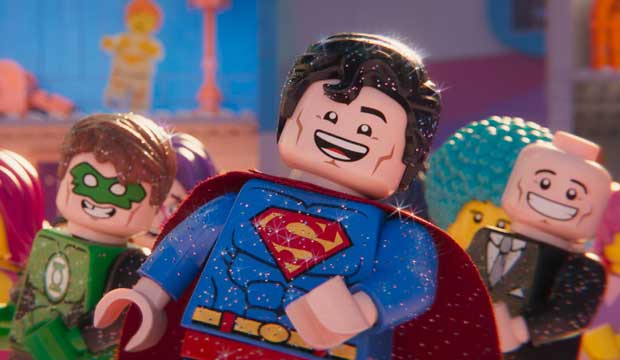 The first “Lego Movie” was a surprise critical darling when it was released in 2014. What seemed like it would merely be a tie-in product for kids’ toys turned out to be uniquely creative, clever, and even moving. So how does the sequel follow up that surprise now that we’re all more familiar with the Lego-Verse?

“The Lego Movie 2: The Second Part” opened on February 8, and it has also won the approval of most critics. It has a solid MetaCritic score of 65 based on 41 reviews as of this writing, of which 30 are positive, 9 are mixed and only 2 are negative. Meanwhile, the pass-fail Rotten Tomatoes freshness rating is currently at 84% based on 144 reviews: 121 classified as positive, 23 as negative.

The disparity between the two scores suggests that the sequel is admired by the vast majority of critics, but not with quite as much enthusiasm as the original, which had 83 on MetaCritic and 95% freshness on Rotten Tomatoes. There’s more like than love the second time around, with some critics calling the followup “inventive” and “stunningly smart,” while others argue “it isn’t as consistently clever or thrilling as its predecessor.”

But even with somewhat tempered critical responses, can “The Second Part” cash in on the first film’s Oscar IOU in 2020? It’s early to be talking about next year’s awards derby — this year’s races haven’t even been decided yet — but the original film also opened at this time of year, and it went on to win BAFTA and Critics’ Choice Awards for Best Animated Feature. It was nominated at the Golden Globes and Annie Awards too. But the Oscars shunned the movie from Best Animated Feature (though they did nominate it for the original song “Everything is Awesome”). Perhaps they wrote it off as an ad for Lego toys as many of us initially feared it would be.

SEE2019 Annie Awards : ‘Spider-Man: Into the Spider-Verse’ sweeps with 7 wins on the way to Oscars

Check out some of the reviews for the film below, and join the discussion on this and more with your fellow movie fans in our forums.

Yolanda Machado (The Wrap): “The Oscar-nominated writer-producer duo are joined by director Mike Mitchell (‘Trolls’) and animation director Trisha Gum (‘The Lego Batman Movie,’ ‘Robot Chicken’) to create a film that expands on the original’s premise, adding new worlds and characters to the growing Lego universe, while also crafting a story that is timely, inventive, hilarious and perfect for all ages.”

Tasha Robinson (The Verge): “With ‘The Lego Movie 2: The Second Part,’ they let the story grow up. But in the process, they make fun of ‘growing up’ stories, just as they made fun of ‘chosen one’ stories in the first go-round … seen as a narrative that constantly operates on both an adventure level and a meta-level, as a functional thriller and a satire of its own genre, it’s a stunningly smart, wry project.”

Christy Lemire (RoberEbert.com): “While it’s a lot of fun, it isn’t as consistently clever or thrilling as its predecessor. All the components are certainly there … But something’s just missing here — a crucial piece, if you will, that keeps the whole set from snapping together. Maybe it’s a lack of novelty, pure and simple. But more fundamentally, the revelation at the end of the first ‘LEGO Movie’ … is a given here from the beginning.”

Emily Yoshida (Vulture): “‘The Lego Movie 2’ itself is more cynical. The script is breathlessly stuffed with self-aware jokes about plot tropes and Hollywood conventions, aimed more at the adults in the room than the kids, all with the intended goal of getting knowing laughs … The childlike, free-associative playfulness is now underscored by a palpable hunger to be the cleverest and coolest kids’ movie on the block, a hunger that weighs down Lord and Miller’s plenty-smart silliness.”