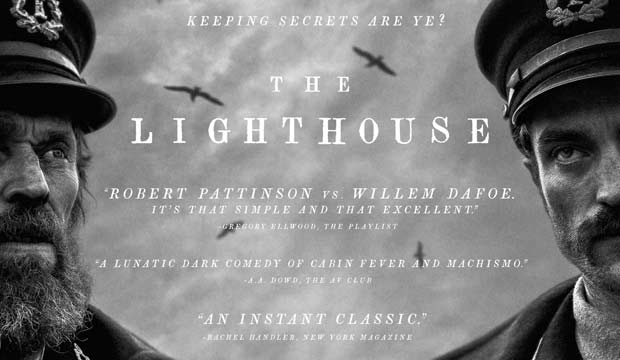 Director Robert Eggers‘s “The Lighthouse” has a simple setup — two lighthouse keepers (played by Willem Dafoe and Robert Pattinson) go mad while isolated together on a New England island — but that’s about the only thing that’s simple about it. The unnerving film premiered at the Cannes Film Festival in May, and it officially opened on October 18. So what do critics think?

As of this writing the film has a MetaCritic score of 82 based on 34 reviews counted thus far: 31 positive, 1 mixed, and 2 negative. And those positive reviews include seven rated a perfect 100, indicating lots of passion for the film. Over on Rotten Tomatoes, which rates films on a pass/fail basis, it’s is currently 93% fresh based on 134 reviews: 125 positive, only 9 negative. The RT critics’ consensus says, “A gripping story brilliantly filmed and led by a pair of powerhouse performances, ‘The Lighthouse’ further establishes Robert Eggers as a filmmaker of exceptional talent.”

But will this black-and-white two-hander with mythic, hypnotic imagery cross over from the art house to the Oscars? Dafoe currently ranks among our top five contenders for Best Supporting Actor, and the film has a good shot at Best Cinematography too. It’s being described as a “bonkers” “head trip,” “surely not for everyone” but “utterly fantastic” and “one of the best films of the year.” Dafoe and Pattinson are “inspired casting choices” with a “wonderfully complex relationship.” “Twilight” alum Pattinson especially is a “blessing to cinema … bringing his enormous fan base to such risky projects.”

But your mileage may vary. This acclaimed film truly isn’t for everyone, as it’s also being criticized for “theological overreach” when it comes to its weighty themes and imagery. One’s “admiration” may give way to “impatience.” Naysayers are in the minority when it comes to the critics, though. You can decide for yourself which side of the dividing line you’ll land on. Check out some of the reviews below, and join the discussion on this and more with your fellow movie fans in our forums.

Sara Stewart (New York Post): “That’s only the tip of the surrealist iceberg in this beautiful black-and-white head trip from director Robert Eggers (‘The Witch’), where Robert Pattinson and Willem Dafoe battle the elements, drink, dance, bellow, fight, fart and stumble toward the edge of madness … By turns funny, sinister, haunting, historically fascinating and mythical, ‘The Lighthouse’ is one of the best films of the year.”

Jessica Kiang (The Playlist): “So now, like a grizzled old sea-dog in a sou’wester who smells ‘like a hot onion fucked a farmyard shithouse,’ lurching toward us out of the enveloping Cannes fog, comes the utterly fantastic ‘The Lighthouse,’ starring a briny, rotten-toothed Willem Dafoe, a deranged, mustachioed Robert Pattinson … and what a blessing to cinema this guy is turning out to be, bringing his enormous fanbase to such risky projects.”

Lindsey Bahr (Associated Press): “This is a stark, moody, surreal and prolonged descent into seaside madness that will surely not be for everyone. But those who do choose to go on this black-and-white journey with Robert Pattinson and Willem Dafoe will ultimately find it a rewarding one … Pattinson and Dafoe make for inspired casting choices for this two-hander … [They] have a wonderfully complex relationship.”

Dana Stevens (Slate): “This austerely designed but thematically florid psychological thriller aspires to a cosmic grandeur that at times directly invokes the myth of Prometheus … This at first fascinating and never less than bonkers movie is eventually sunk by its own theological overreach … ‘The Lighthouse’ is at its strongest when it resembles the dark comedy of a Beckett play, complete with earthy scatological humor … my admiration for the director’s mastery of craft had given way to impatience.” 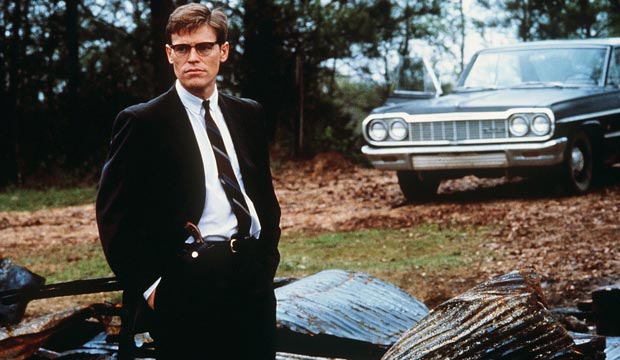