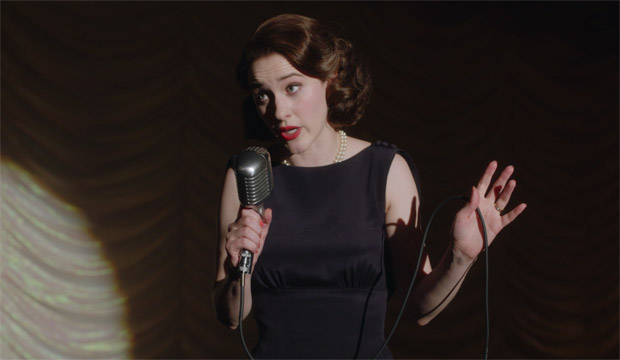 Last year the debut season of Amazon’s  “The Marvelous Mrs. Maisel” set a new high for the most Emmys won by a comedy series in a single year with eight trophies, including Best Comedy Series. This year the show about a ‘50s Upper West Side housewife who secretly moonlights as a stand-up comic tied its record by collecting eight Emmys for its second go-round on the streaming site. It helped that it collected a historic 20 nominations, six more than its first year when it earned 14 nods. Check out the complete list of Emmy winners here.

A key element to the show’s success in grabbing so much gold? As co-creator Amy Palladino-Sherman recently told Gold Derby, the series is “tragically expensive,” with much of the lavish budget spent on such matters as period décor, hair, costumes and production design — Creative Arts Emmy categories that many comedy shows don’t qualify for. And when there is a plot that includes a visit to Paris, as was the case in Season 2, the crew and cast actually got to go to Paris.

In addition to the look of the series, “Mrs. Maisel” has great taste in actors, given that the show won a casting Emmy in its first year and was nominated again in the category but lost to “Fleabag.” Two of its stars, Rachel Brosnahan as lead Midge Maisel  and supporting actress Alex Borstein as her manager Susie Myerson, won Emmys last year. Tony Shalhoub was up for supporting actor as Midge’s dad, Abe Weissman, but lost to “Barry’s” Henry Winkler.

The Primetime Emmy ceremony added to that tally on September 22, with Shalhoub taking the supporting actor prize and Borstein repeating her first season supporting win while beating out her cast mate Marin Hinkle as Midge’s mom Rose. Alas, Brosnahan lost to that sinful Cinderella from “Fleabag,” Phoebe Waller-Bridge, as Best Comedy Actress and “Fleabag” then took the Best Comedy Series prize.

And, for whatever reason, “The Marvelous Mrs. Maisel’s” sophomore season was overlooked for its writing, a category that it won for its pilot episode last year. But it did get two directing nominations for “We’re Going to the Catskills” and for its second season finale “All Alone,” but lost to “Fleabag” there as well.