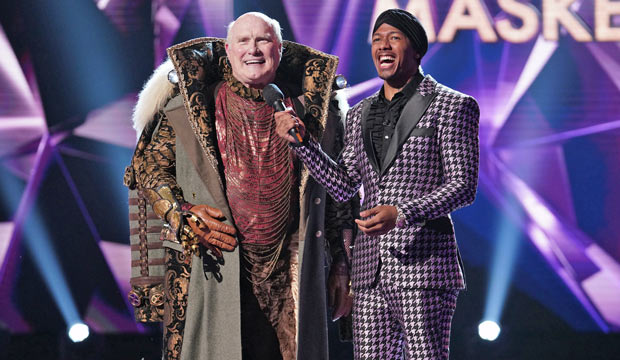 On Fox’s reality TV show “The Masked Singer,” a dozen celebrities from different fields dress up in wild costumes and perform for the votes of the studio audience and a panel of judges. So far three contestants have been eliminated: Pittsburgh Steelers football player Antonio Brown, comedy legend Tommy Chong and NFL personality Terry Bradshaw. Of the remaining nine celebs, the judges believe many to be professionally trained singers — including Lion, Peacock, Monster, Alien, Bee and Rabbit. Do YOU think it’s fair that athletes and comedians are being forced to compete against pros? Vote in our poll below.

SEE‘The Masked Singer’ spoilers: Did YOU guess the Deer was actually Terry Bradshaw in episode 3? [WATCH]

In our recent poll that asked which contestant deserves to win based on their stage presence and vocal abilities, it should come as no surprise to learn that the top three vote-getters — Lion, Peacock and Bee — are all believed to be professionally trained artists. Lion is thought to be actress/singer Rumer Willis, Peacock is undoubtedly showman Donny Osmond and Bee is quite possibly the empress of soul Gladys Knight.

If the pattern continues of non-singers like Brown, Chong and Bradshaw getting the boot, that could mean bad news for Unicorn, Poodle and Raven. Popular theories are that Unicorn could be an actress/model (Tori Spelling or Denise Richards), Poodle might be a stand-up comedian/actress (Margaret Cho) and Raven is likely a talk show host (Ricki Lake or Meghan McCain). Of this group of potential costumed celebs, only Lake has a background in singing as she starred in the cult hit “Hairspray.”

In Wednesday’s third episode, there was a bit of a scuffle at the judges’ table as Nicole Scherzinger disagreed with Ken Jeong, Jenny McCarthy and Robin Thicke about whether Lion was a trained singer. Lion’s response to the debate was, “I have nothing gold or platinum on my walls … yet!” Could that mean that she’s a relatively new singer, or perhaps just an actress with a truly amazing voice?

After Bradshaw was eliminated, he took issue with the judges not believing him to be a classically trained singer. After all, he’s been singing for years with albums released in the 70s, 80s and 90s. “You’ve gotta put this [mask] on and stick a microphone up there,” he said in response to the criticism. He then said that “The Masked Singer” was more difficult “by far” than playing football.