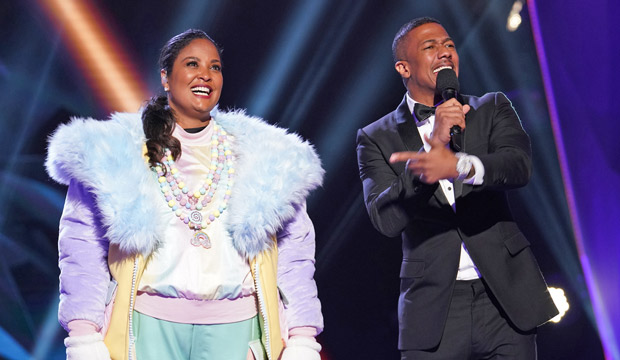 Our readers have spoken and they believe that Laila Ali deserves another chance in the ring that is the second season of “The Masked Singer.” The professional boxer, who competed in disguise as the Panda, got a plurality of votes in our poll of eliminated contestants, with 42%. This was based on her performances of Kelly Clarkson‘s “Stronger (What Doesn’t Kill You)” and DJ Khaled‘s “All I Do is Win.” Do you agree with who our readers chose? Be sure to let us know in the comments below.

SEEDr. Drew Pinsky (‘The Masked Singer’) exit interview after Eagle unmasking: ‘There is literally no other experience on earth like this’ [WATCH]

Ali, whose father was legendary boxer Muhammad Ali, got her start in boxing at the age of 18. While her father was not initially happy with her decision, due to the dangers of the sport, she pursued it and became one of the premiere female boxers. By the time she retired from the sport in 2007, she had fought in 24 professional matches, was undefeated and had claimed multiple super middleweight titles from several boxing organizations.

Since her retirement she’s been no stranger to reality TV. In 2007 she competed on the fourth season of “Dancing with the Stars,” where she was paired with Maksim Chmerkovskiy. The pair finished in third place behind winner, Apolo Ohno, and runner-up, Joey Fatone. In 2017 she was a contestant on “The New Celebrity Apprentice” which was hosted by former California governor Arnold Schwarzenegger taking the place of the recently inaugurated president, Donald Trump. She made it to week 11 of the competition before she was fired.

SEE‘The Masked Singer’ spoilers: Who is the Flower?

Olympic figure skater and commentator, Johnny Weir, finished in a solid second place with 30% of poll respondents saying he should get another shot to compete as the Egg. He made a good impression in part one of the season premiere when he did stagings of Lady Gaga‘s “Just Dance” and Blondie‘s “One Way or Another.”

Professional gamer and internet personality, Ninja, came in third place in the poll with 19% of voters wanting to see him back on stage as Ice Cream. His supporters were obviously fans of his renditions of Lil Nas X and Billy Ray Cyrus‘s “Old Town Road Remix” and Devo‘s “Whip It.”

Celebrity physician and talk show host, Dr. Drew Pinsky, finished last in our survey getting only 9% of voters to say they wanted to see him return as the Eagle. Our readers were obviously not very taken by the way he sang Meat Loaf‘s “I’d Do Anything for Love (But I Won’t Do That)” and Nancy Sinatra‘s “These Boots Are Made for Walkin'” in the fourth episode.