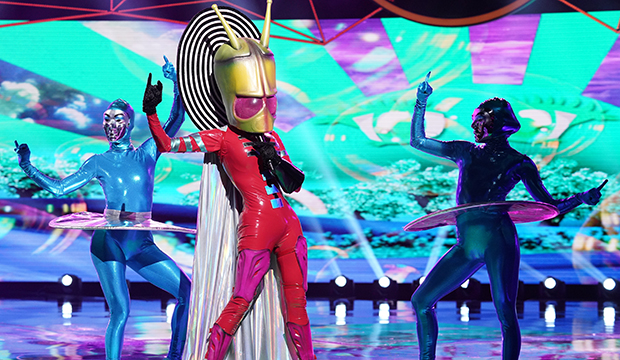 The only thing shocking about Fox renewing “The Masked Singer” for a second season last week was how long it took (four weeks) for the network to do it. Adapted from the South Korean smash,”King of Mask Singer,” the wild spectacle of fur and lamé was an unexpected hit when it premiered Jan. 2, so a second season was a no-brainer. But could next season look a wee bit or a whole lot different?

During the Television Critics Association press tour on Wednesday, Fox Entertainment CEO Charlie Collier said that producers are looking at the show’s format to “nurture it and grow it.” Part of “The Masked Singer”‘s success is due to the fact that Season 1 was filmed in a vacuum, so TPTB were able to keep the celebrities’ identities a secret, since no one even knew the show was happening, and if they did, they probably dismissed it with a “WTF?” after they heard the concept.

Now, though, all eyes will be on Season 2, and keeping things under wraps will be harder to do, which Collier said everyone understands. Plus, the novelty of waiting weeks to find out who was under a gazelle’s mask might taper off.

“The fun of ‘The Masked Singer’ is in many of the things you suggested and it’s also a format that the team is looking at,” Collier said. “What’s so remarkable about a show like ‘The Masked Singer’ or a hosting job like Nick Cannon is doing — it looks really easy when they do it well, but the science behind it and the work that this team does to not just keep it fresh and relevant … or keep the secrecy going, but actually work with the format so you can nurture it and grow it and keep it entertaining.”

Collier added that he and Rob Wade, Fox’s president of alternative entertainment and specials, are having ongoing “conversations” about this first-class predicament. “Rob Wade and his team have done just a phenomenal job of looking at what it is, what it can be and how it can grow,” he said.

Collier did not go into detail about what those conversations or possible format changes entailed. But Fox did not completely mimic the format of the South Korean series. In the South Korean version, each competition is live over two nights, pitting eight singers in one-on-one battles through three rounds, with the loser instantly unmasked. The winner of the third round moves on to battle the Mask King, the previous tournament’s winner, to try to become the new Mask King.

Honestly, this sounds a lot more exciting than the bastardized version Fox cooked up. Making it be live will only increase the excitement and social media engagement that the show already has, and it will eliminate possible leaks of stars’ identities in a taped format. Do this, Fox!

'Dancing with the Stars': How to vote for your favorite couple on 'DWTS' week 2 of season…

Nope, Tom Bergeron will not rage out against Tyra Banks: 'Nothing against' the new 'Dancing with the…

Great British Bake Off Winners: Where Are They Now Updates

'Great British Bake Off' winners: List of all the #GBBO champions

Who will be eliminated first on 'Dancing with the Stars' tonight? Our odds say it WON'T be Carole…