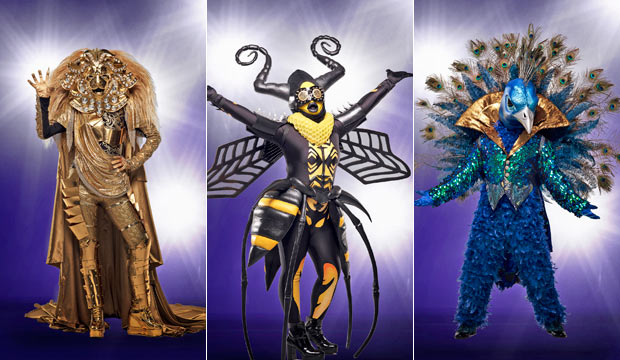 TV’s newest obsession “The Masked Singer” concludes its first season on Wednesday, February 27 with all three of the finalists revealing their true identities: Bee, Monster and Peacock. Oh yeah, and a winner will also be crowned. Since Season 1 was pre-taped months ago instead of being presented live, that allowed countless spoilers to leak out into the mainstream media, ruining the fun of each unmasking. With Season 2 already a sure thing, I’ve come up with four reasons why it’s imperative that Fox airs “The Masked Singer” live next year.

1. There’d be less spoilers
So many of this season’s unmaskings were spoiled in advance thanks in part to audience members who attended the tapings not being able to keep their mouths shut. While Fox assures us that each audience member must sign a non-disclosure agreement, there’s no way to prevent them from creating secret Twitter handles to spoil what they know. If “The Masked Singer” were to go live, that would help eliminate spoilers since the studio audience would find out the celebs’ identities at the same time as viewers sitting on their couches.

2. There’d be at-home voting
One thing that irks fans of “The Masked Singer” is that they’re not allowed to vote for their favorite performers each week. Instead, that honor was given to the studio audience who attended that week’s taping and judges Ken Jeong, Jenny McCarthy, Nicole Scherzinger and Robin Thicke. If Season 2 were to air live then at-home viewers would get to cast their votes via phone call, text message, social media, etc, and actually have a say in who’s eliminated each week and who ultimately wins.

3. There’d be no do-overs
Despite producers coming out and saying that no one lip-synced and that “they only had one take each,” airing live would be the only way to prove it. With a pre-taped series there’s always the possibility that the contestants messed up and had to re-do their performances — we wouldn’t ever know. Contrarily, with live episodes of “The Voice” and “American Idol,” viewers rest easy knowing that what they’re seeing is authentic and not edited in any way. Not true of “The Masked Singer” Season 1.

4. There’d be more excitement
It’s simple, really: live shows are just more fun to watch. The idea that audiences at home are watching live as a singer steps out onto the stage and belts out a performance makes us feel like we’re part of the experience. Sure, things can always go wrong with a live show, but that’s just part of the excitement. Do YOU think “The Masked Singer” should air live in Season 2? Sound off down in the comments section.