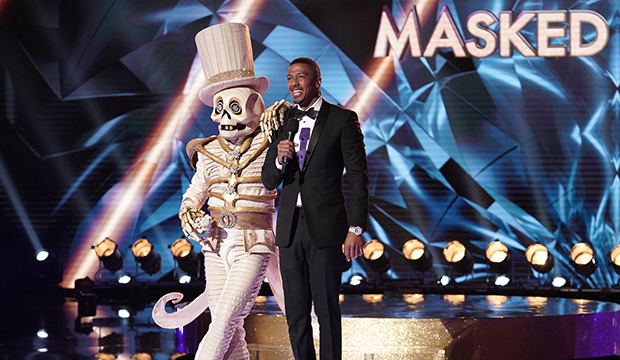 Part of the intoxicating allure that made “The Masked Singer” the No. 1 new show last season was that no one knew WTF was going on or had it on their radar at all when it was filmed. Now that everyone knows what the show is, some of that excitement might be gone when Season 2 premieres next month, but Fox is not concerned.

“What’s remarkable about first-season shows is how much the producers are learning and building a show,” Fox CEO Charlie Collier said Wednesday at the Television Critics Association summer press tour. “There are so many changes that come with Season 2 — all the performers know what the show is, so they’re raising their game. Literally, some are wearing heels, some are trying to throw the audience with their costumes. There is so much more to this show that to me makes it America’s favorite guessing game. I think there is a ton of interest in it and we’re excited about both cycles.”

After the runaway success of Season 1, which debuted in January and was won by T-Pain aka Monster, Fox quickly renewed the series, which is based on the South Korean smash. Soon after, the network picked up a third season, set to premiere in the coveted post-Super Bowl time slot in February. It’s very common for networks to double-down on reality hits once they become popular, scheduling them two installments in TV season, which could eventually lead to viewer fatigue. Collier doesn’t think that will be an issue with “The Masked Singer,” singling out the omnipresence of some other reality shows that also air multiple times a season. “Fox will air about 30 hours of ‘The Masked Singer.’ For the sake of comparison, by the end of this season, ‘The Voice’ and the ‘Bachelor’ franchise will each will have aired about 75 hours,” he said.

SEE Our dream cast for Season 2 of ‘The Masked Singer’

Season 2 features such new costumes as Egg, Skeleton, Flamingo and Leopard. While he couldn’t say much about the slate of masked celebrities, Collier praised the producers and casting directors for not only securing the talent but their meticulousness in keeping the stars’ identities under wraps now that all eyes are on the show.

“The people who produce the show, who cast the show have to walk a fine line between — you don’t want to have someone whose voice is recognized immediately and you want to have people who are from all walks of life. You want to keep the guessing game alive, so I don’t know if it’s a question of easier or harder [to cast this season]. I watch them thread the needle and they’re playing at the highest level,” he said. “The care with which the producers of the show handle it is just remarkable. They take every precaution to make sure that no one is spoiled. … At a time when this is the No. 1 new show on television and people [know] they have to get there urgently and live so as not to be spoiled, [that’s why we] take all the precaution to keep secrecy and keep everyone guessing.”