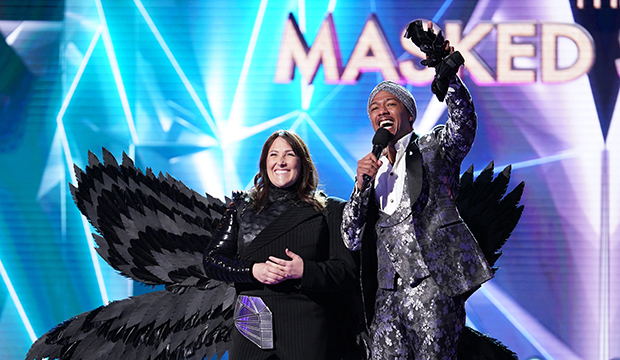 Season 1 of Fox’s bonkers hit “The Masked Singer” isn’t over yet, but it’s not too early to start thinking about Season 2. Fox renewed the show last week, and producers shared some details and early plans for their next installment at the Television Critics Association press tour on Wednesday. Here are four things we learned about the sophomore season.

1. When will Season 2 premiere?
The short answer: unclear. Rob Wade, Fox’s president of alternative programming, said that they’re “looking at all elements of the show, scheduling being one of them, and deciding how and when it comes back is also really crucial.” A midseason replacement, “The Masked Singer” premiered on Jan. 2 and was a ratings and pop culture sensation right out of the gate. We know what happens to unexpected hits: The networks want more and more of them, and then we end up with two seasons a calendar year, which eventually leads to oversaturation.

Wade said they’re all waiting until Season 1 finishes airing and “how the audience reacts to that” before determining if “The Masked Singer” works best as an annual event or something more than that. “We’ll get together as a big team internally and speak to the producers and really figure out the optimum time to bring it back, because it’s obviously been a big hit and it’s a very important asset to us at Fox,” he said.

WEEK SIX SPOILERS: Who are the Bee, Monster, Rabbit

2. So what changes will be made?
During Fox Entertainment President Charlie Collier‘s executive session earlier on Wednesday, he implied that changes were afoot for Season 2 now that the show is on everyone’s radar and it will be more difficult to keep things under wraps. Though he didn’t reveal specifics, Wade confirmed that they’re already in pre-production for the second season and have been brainstorming tweaks to the format.

“We are starting to look every week. We start to look at different elements of the show, how the audience is reacting, what’s working, what isn’t working, and these guys have been working really hard and to see what changes we can make to Season 2. I think the difference between a scripted show and an unscripted show is an unscripted show, the first season, you really don’t quite know what you are doing. You are playing it from your guts and your heart,” he said. “Any great producer who has done an international hit format will know that you need to build season after season after season, improve, improve, improve. That’s how you get longevity. So, thankfully, I’ve got a great couple of people here to do that.”

In the reality TV world, a successful first season usually begets a bigger second season, so we could simply be seeing a bigger cast/more episodes in Season 2, which would automatically change the number of rounds and face-offs. From the producers’ comments, however, it doesn’t sound like they’ll be taking our advice to copy the South Korean original and make it live, which admittedly would be harder to do, coordinating everyone’s schedules.

One aspect they’ll definitely be changing is beefing up security measures to ensure that leaks don’t happen from studio audience members or chatty staff. “It will be increased. It really will,” executive producer Craig Plestis said. “What exactly we are going to do, I can’t tell you right now, but it’s going to be a lot more labor intensive. That’s a big part of the show right now.”

3. OK, but they’re going to make the clues harder, right?
Even Raven herself, aka Ricki Lake, said she thought the clues for her were a “dead giveaway.” Many fans have already figured out the identities of all the masked celebrities based on the sometimes very obvious clues the show gives. Executive producer Izzie Pick Ibarra said they wanted fans to be able to play along with the guessing game at home, but because, unlike the panelists, fans can just Google right away on on their couch, they’re not extraordinarily tough to figure out.

“I think we are going to have to maybe be a bit more savvy,” Ibarra said of Season 2’s clues, adding that they still don’t want to make it impossible for fans to guess. “But I think that a lot of the clue guessing that people are making isn’t necessarily right, which is great, and it’s actually great for us just to see that everyone is actually having fun and engaging in it. I think what you might think is an obvious clue for someone is not obvious to me. It depends on your relationship with a certain celebrity.”

SEE ‘The Masked Singer’: Raven is Ricki Lake — and she knows that the clues were a ‘dead giveaway’

4. Sure, so have they cast anyone yet?
Casting is in the “very young stages,” Ibarra said, because they have not locked down a production schedule yet. “You have to obviously aim for a time of year to shoot before you can really go out to people and say, ‘Do you want to do something?'” Wade added. Nevertheless, there’s been a lot of reaching out already. “We’ve had a lot of phone calls, more phone calls than we had on Season 1, surprisingly,” he said.

Panelist Robin Thicke noted the online campaigns for certain stars, which he believes will hold a lot of sway in who gets masked next season. “I think a lot of it, too, is the fans are going to drive some excitement for people to be on it, too, and start guessing before this season even starts,” he said.