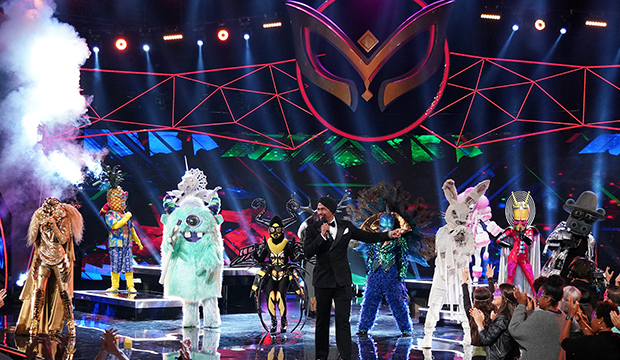 “The Masked Singer” has gotten a super promotion. Not only is Season 2 going to debut in the fall, but Fox announced Monday that Season 3 will get the coveted post-Super Bowl slot next year.

Season 2 will air this fall on Wednesdays at 8/7c, moving up an hour and leading into new series “Not Just Me,” starring Brittany Snow and Timothy Hutton. An exact premiere date will be announced at a later time.

Season 3 will bow immediately after Super Bowl LIV on Sunday, Feb. 2, before moving to its regular time slot on Wednesday, Feb. 5 at 8/7c.

The double seasons and post-Super Bowl slot are huge votes of confidence for the wacky hit series, which was won by T-Pain. “The Masked Singer” premiered in January and quickly being a pop culture phenomenon and ratings success — the latter rare in this fractured viewing day and again. It’s the No. 3 broadcast show of the season behind “This Is Us” and “The Big Bang Theory,” and is the top new series of the season.

Speculation quickly arose as to whether Fox will bring it back for the fall instead of midseason — aka sooner rather than later — and if it’ll air two seasons a year, which is typically the case for successful reality shows (see: “The Voice” and “Dancing with the Stars” until this spring). Alas, Fox did. Now it has to hope there’s no oversaturation.