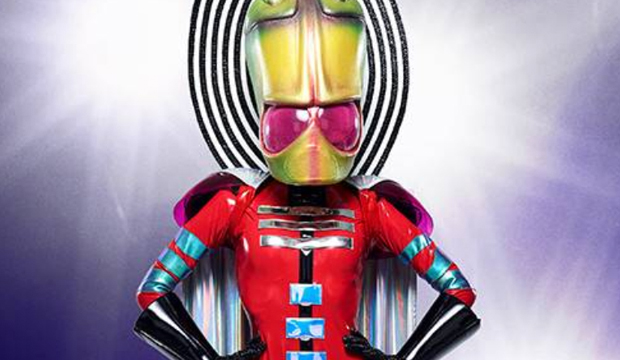 Episode 5 of “The Masked Singer” marked the first time that celebrities from the two tracks came together to compete. Among the four that faced off on the January 30 episode was the Alien. She was back onstage just a week after she rocked the house with a cover of “Lovefool” by The Cardigans. This followed on her sensational debut in episode 2 with “Feel It Still” by Portugal. The Man.

Every performance given by the Alien is preceded by a video that is loaded with clues. After three appearances we are now even more convinced that we know the name of the famous face hidden behind that elaborate mask. SPOILERS AHEAD

You should dismiss that red herring in both weeks 2 and 4 by Robin Thicke that the Alien is model Bella Hadid or those observations by Nicole Scherzinger and Ken Jeong that she has the same build Paula Abdul. We are all but certain that the Alien is La Toya Jackson.

WEEK FIVE SPOILERS: Who are the Lion, Rabbit, Unicorn

On this episode, we saw the Alien flashing a police badge. Remember, La Toya took part in a 2007 reality series, “Armed & Famous,” in which she served as a reserve police officer after going through basic training. Add that to the previous hints dropped:

She says she dreams about being a young girl again, before the whole world knew her and her family’s name. The Jackson clan has been famous for more than half a century.

The Alien admitted,  “You may think I’m out of fashion, but I’m here to rise above all that.” La Toya has tried and tried but she has never reached the heights of fame of her siblings Michael and Janet.

In week 2 she revealed, “In my family, anonymity is a completely alien concept.”

And she admitted then “that growing up in the public’s eye, my life was never really my own.” We know that La Toya’s father, Joe Jackson, was a dominant dad.

Back then, the Alien had declared, “I let others define me but no one will ever control me again.” La Toya was married to her manager Jack Gordon.

We won’t find out for sure if LaToya is the Alien till she is unmasked. That will only happen if she loses the audience vote or wins the show. Do you think we are right about the true identity of the Alien? Sound off in the comments section with your best guesses.