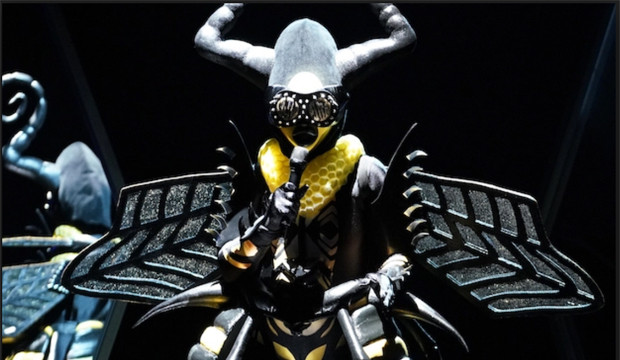 Episode 6 of “The Masked Singer” brought together four celebrities from the two tracks to compete against each other for the first time. Among the four that faced off on the February 6 episode was the Bee. This week, the Bee generated lots of buzz with her cover of the Miley Cyrus hit “Wrecking Ball.” That followed on two sensational performances of “Chandelier” by Sia in week 2 and “Locked Out of Heaven” by Bruno Mars in week 4.

Her powerful voice coupled with the clues that she gave had us fairly convinced that we knew the true identity of this hidden figure. Forget that speculation by Nicole Scherzinger that it could be Dionne Warwick or Patti LaBelle. And you dismiss that guess by Ken Jeong that it is Diana Ross or one of the other Supremes. Spoilers ahead.

The Bee is the Grammy-winning singer Gladys Knight. This singing legend is coming off her stellar rendition of the national anthem at the Super Bowl. Let’s break down the clues the Bee gave before singing:

In the most recent clues video, we see kitchenware. Gladys is almost as famed for her cooking as she is for her singing. In the background, we saw shots of peaches. Gladys is from Atlanta and one of her biggest hits was “Midnight Train to Georgia.”

WEEK SIX SPOILERS: Who are the Monster, Peacock, Raven

The Bee doesn’t know how many awards she has because there are so many. Gladys has won seven Grammy Awards and was inducted into the Rock and Roll Hall of Fame in 1996. And she told us that we have to be willing to flip the script. While best-known as a singer, Gladys has acted in movies and TV shows.

In week 2, she conceded, “you can call me Queen Bee, but empress also suits me.” Gladys is known as the Empress of Soul. She declared, “being a worker bee keeps me young.” Gladys turns 75 on May 28. And the Bee revealed, “In my long career, I’ve flown to soaring heights. Gladys has had six number-one R&B albums and 11 number-one R&B singles.

Asked by the judges as to when she started singing, the Bee said it was in the 1950s. Gladys won “Ted Mack’s The Original Amateur Hour” in 1952 when she was 7. Soon after that, she and her brother and sister Merald and Brenda, along with cousins William and Eleanor Guest formed the Pips.

We won’t find out for sure if Gladys is the Bee till she is unmasked. That will only happen if she loses a match-up or wins the show. Do you think we are right about the true identity of the Bee? Sound off in the comments section with your best guesses.