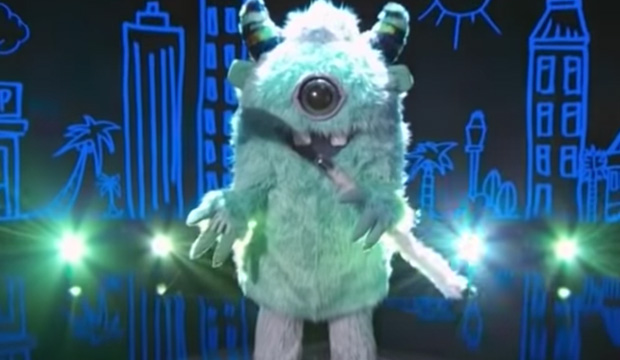 Before the Monster returned for episode 6 of “The Masked Singer” on February 6, we’d seen him sing twice and give two set of clues as to his real identity. We were pretty sure we knew the name of the celebrity hidden beneath that elaborate mask and costume. His third performance of the rock classic “American Woman” on Wednesday confirmed our suspicions.

Forget that idle speculation by Robin Thicke that he is a sports star like New York Yankees great Derek Jeter. He sounds so clearly to be a professional singer. Remember how he rocked out on episode 3 to “I Don’t Want To Be” by Gavin DeGraw, and capped off his performance with that electrifying falsetto note. Spoilers ahead.

The Monster is the rapper T-Pain. This one-time chart-topper took a long break from the business after being criticized for his overuse of Auto Tune. But he is looking to stage a comeback and this show, which has turned into a ratings juggernaut, is a great way to return to the limelight.

WEEK SIX SPOILERS: Who are the Bee, Peacock, Raven

In his most recent clues video, we see the wheels of a skateboard, one of T-Pain’s favorite sports. In the second clues video, the Monster admitted to being worried that he was going to be eliminated in week one when he sang the Queen hit “Don’t Stop Me Now.”

Back in week one, the Monster said he chose this costume “because that’s what the world labelled me.” T-Pain’s career went into a slump after being featured on more than 50 chart topping singles from 2006 to 2011. He declared he was doing the show in order “to re-write my mixed tape to prove that I am more than just puff and fluff.”

We won’t find out for sure if T-Pain is the Monster till he is unmasked. That will only happen if he loses the audience vote or wins the show. Do you think we are right about the true identity of the Monster? Sound off in the comments section with your best guesses.