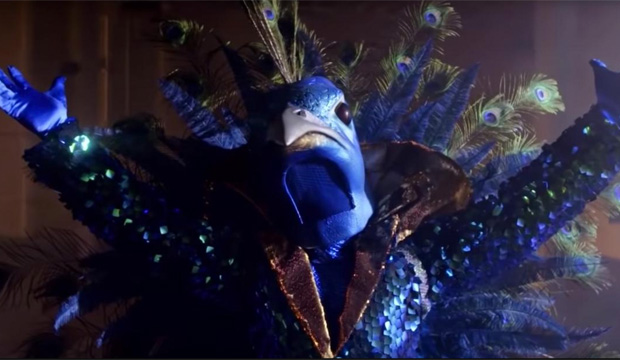 Of the four celebrities to perform on “The Masked Singer” on February 6, we are most convinced that we know the real identity of the famous face behind the Peacock. He struts around the stage like a veteran of show biz and seems comfortable with a wide variety of musical genres. Spoilers ahead.

The Peacock is the former teen idol Donny Osmond. This showbiz veteran is a versatile performer as we’ve seen in previous weeks when he nailed both the pop chart-topper “Counting Stars” by OneRepublic and the Broadway style showstopper “The Greatest Show” from the hit film “The Greatest Showman.”

Along the way he has dropped plenty of clues about his identity both in the pre-recorded videos and in answer to questions from the judges.  His most recent clues video references whales, which could be a play on the country Wales. Donny has two connections with this part of the United Kingdom, tracing his ancestry back to there and having headlined a show on BBC Wales.

WEEK SIX SPOILERS: Who are the Bee, Monster, Raven

The Peacock admitted, “I’ve had so many different incarnations in my career.” Following success with his brothers, Donny and his sister Marie Osmond hosted their own TV variety show in the 1970s and talk show two decades later. After both siblings appeared on “Dancing with the Stars,” they launched a Las Vegas nightclub act that packs them in still. The Peacock confirmed to the judges that he has performed in Sin City.

Of his past performances, the Peacock said, “it was absolutely exhilarating and I felt like I was 5 years old again.” Donny was just five when he joined the Osmond Brothers in their regular spot on “The Andy Williams Show” in 1963. He also revealed, “I started out as a little teeny bopper.”  In the 1980s and 1990s, he starred in Broadway musicals and in the early part of this century, he hosted the game show “Pyramid.”