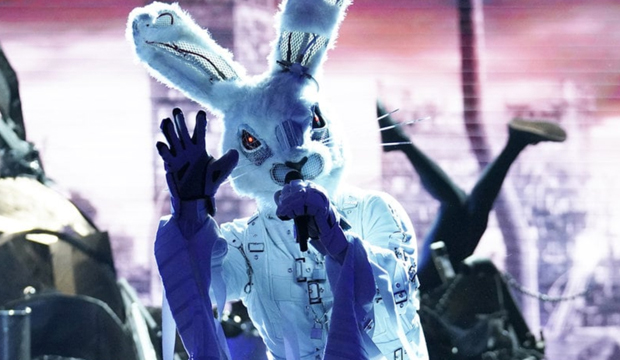 Before the Rabbit returned for episode 5 of “The Masked Singer” on January 30, we’d seen him sing twice and give two set of clues as to his real identity. At first, we thought that the famous face hidden behind the mask was Joey Fatone, who was part of the 1990s chart-topping boy band NSYNC. After he said he wasn’t the Rabbit, we’ve wondered who else it could be. SPOILERS AHEAD

Based on the subsequent performances by the Rabbit and new clues, we’ve come up another idea as to the name of the celebrity who is clad from head to toe in a bunny suit. You should dismiss those suggestions by judges Nicole Scherzinger and Ken Jeong that the Rabbit is not a professional singer. No non-pro could handle songs like “Livin’ la Vida Loca” by Ricky Martin and “Wake Me Up” by Avicii with such flair. We are all but certain that the Rabbit is Fatone’s one-time band mate, JC Chasez.

WEEK FIVE SPOILERS: Who are the Alien, Lion, Unicorn

Let’s break down the clues that the Rabbit has given as to their true identity:

In week 4, he said, “As a young cottontail I sought fame and everyone wanted a piece of me, but life isn’t always carrots and cream. I found safety in a group.” And in referencing his first appearance on the show he said, “I knocked it out of the amusement park.”

JC and the rest of the boys in NSYNC began their career by singing in Orlando’s theme parks. Several years after the group split in 2002, JC released a solo album, ” Schizophrenic,” which would explain the shot we saw of the Rabbit in a straitjacket.

Back in week 2 the Rabbit revealed, “I’ve spent most of my life on stage, but I was never alone” and “synchronized singing was my forte” – NSYNC was famed for their harmonies.

Before performing for the first time, the Rabbit declared that “the last man standing, it’s gonna be me.”  “It’s Gonna Be Me” was a #1 hit for NSYNC.

We won’t find out for sure if JC is the Rabbit till he is unmasked. That will only happen if he loses a match-up or wins the show. Do you think we are right about the true identity of the Rabbit? Sound off in the comments section with your best guesses.