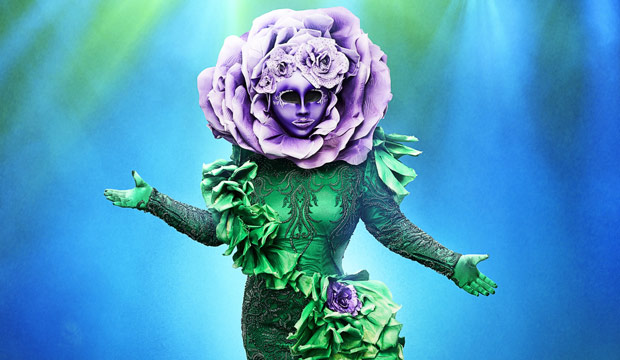 Episode 5 of “The Masked Singer” on November 6 saw six celebrities sing again. These half dozen hopefuls to win season 2 of this competition series had survived their first appearances on the show. Four had won over the audience with their singing: Rottweiler and Tree in week one and Flower and Fox in week three. The other two contestants — Ladybug and Penguin — were forced into sing-offs. They convinced the the judges (Ken Jeong, Jenny McCarthy, Nicole Scherzinger, Robin Thicke) to put them through instead of the Ice Cream and Eagle who were revealed to be Ninja and Drew Pinsky respectively.

We’ve been doing some detective work to figure out the famous faces who are hidden inside the elaborate masks. Keep reading if you want to know as we have all “The Masked Singer” spoilers, including the name of the Flower, who blew the roof off the joint when she covered Dolly Parton‘s signature tune on episode 3.

The Flower is singing superstar Patti LaBelle. Don’t believe us? We think the clues confirm our theory:

The Flower declared, “I’m going to put my petals to the metal and make the other singers wilt.” Her performance certainly did just that, meriting a standing ovation.

She says, “I blossom in every field I plant myself in and I am here to branch out yet again.” Patti has excelled as a singer, actress, author, cooking show host and entrepreneur.

In the clues video, we get several more hints that the Flower is Patti. In the background is a Philly cheesesteak sandwich; Patti LaBelle hails from the City of Brotherly Love. And she got an honorary doctorate from Temple University in Philadelphia, just like the one seen in the video.

What do you think of our guess? We won’t know if we are right till the Flower is unmasked when she leaves the competition or wins season 2 of “The Masked Singer.” Who do you think is hiding inside the Flower costume? Sound off in the comments section below.