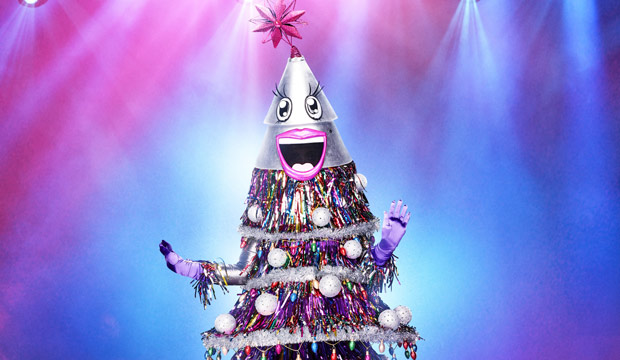 “The Masked Singer” on FOX is must-see-TV this falls because of its fascinating concept: stars wearing elaborate costumes sing songs in the hope of winning over the judging panel and studio audience in order that they can stay in the competition. On the first episode of season 2, eight celebrities sang in pairs and six of them made the cut. The two sent home were the Egg (Olympic figure skater Johnny Weir) and the Ice Cream (professional gamer and YouTube star Tyler “Ninja” Blevins.)

Among the half dozen contestants to make the cut was the Tree. She soared on the song “High Hopes” by Panic! At the Disco. The four judges (Ken Jeong, Jenny McCarthy, Nicole Scherzinger and Robin Thicke) were wowed by both her vocals and her dance moves. The Tree returned to the show on episode 5, which finally aired on November 6 after being delayed by the World Series.

Forget those wild guesses from the judges: Ken thinks the Tree is Beverly D’Angelo, who starred in “National Lampoon’s Christmas Vacation.” Nicole says it is a TV cook, such as Rachel Ray. And Jenny has a theory that she is “The Goldbergs” star Wendi McLendon-Covey. We’ve been doing some digging and have all of your “The Masked Singer” spoilers. Keep reading if you want to know the identity of the Tree.

The Tree is Candace Cameron Bure. Consider the following rationale for our theory and then sound off with your thoughts as to the real name of the Tree in our comments section.

This one-time child star is well-known for starring in a string of Christmas movies for Hallmark and Lifetime; hence her choice of costume.

Bure got her start on the classic sitcom “Full House,” which would account for the black-and-white TV.

The Tree says she wants to “dish out” her talent and in here clues video there is a shot of baking utensils; Bure has a line of cookware that she sells on the QVC home shopping channel.

We won’t know if we are right till the Tree is unmasked. That will be either when she leaves the show or wins season 2. Who do you think is hiding inside the Tree costume?