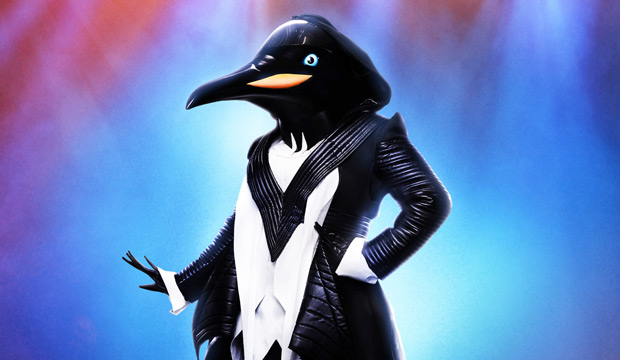 Are you one of those fans of “The Masked Singer” who has been losing sleep over who are the stars performing in elaborate costumes? Then keep reading as we’ve done some sleuthing and think we have uncovered the identities of the contestants on the October 9 episode, including the Penguin. She was one of four stars to compete for the votes of the studio audience and the four panellists (Ken Jeong, Jenny McCarthy, Nicole Scherzinger and Robin Thicke).  Keep reading for “The Masked Singer” spoilers, including our best guess as to the real name of the Penguin.

Forget those guesses by Jenny (Sherri Shepherd), Nicole (Megan Mullally) and Robin (Melissa McCarthy). We think that the Penguin is singer Tamar Braxton. Think about both the clues that the Penguin gave and her vocal quality as she performed both “In the Middle” and “I’m Worth It” on episode 3 of season 2 of “The Masked Singer.”

The Penguin revealed that she has been told her whole life that she’s not pretty enough or funny enough. She said she is singing for those who dare to be different. After the Penguin declares that she doesn’t need permission from anyone, she admits that many consider her career to be over.

In her video, the Penguin teases that she will be in the finale and she already has her tux. Back in 2013, Tamar posed in a tuxedo for the cover of her  album “Love and War.” She says that she will bring the heat, which reads as a reference to the title of one of her sister Toni Braxton‘s hit records. And the Penguin readily admits to changing her hairstyle frequently; Tamar is open about her love of wigs.

What do you think of our best guess? We won’t know for sure till the Penguin is unmasked. That will be either when she leaves the show or wins season 2. Who do you think is hiding inside the Penguin costume? Sound off in the comments section below.