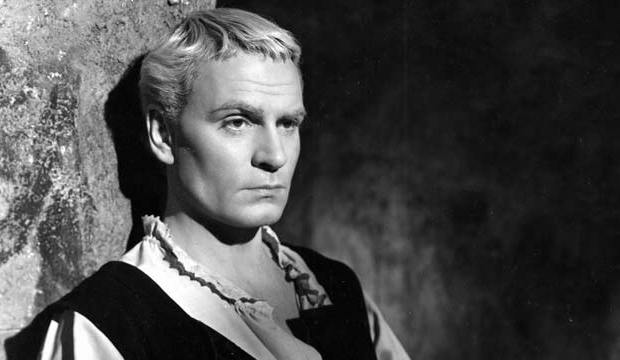 The first 15 years of the Academy Awards were banquet held at various swanky hotels in Los Angeles from the Blossom Room at the Hollywood Roosevelt, the Cocoanut Grove and Fiesta Room at the Ambassador and the Sala D’Doro and the Biltmore Bowl at the Biltmore.

Because the ceremony had grown in attendance and importance, the Oscars finally graduated its 16th year on March 2, 1944 moving to the Grauman’s Chinese Theatre, which then had a capacity of 2,258.

When the ranks of academy members grew two-fold, the Oscars moved to the Shrine Auditorium for the 19th and 20th ceremonies. The Shrine was so big-it holds 6,700 seats — the general public was even invited to buy tickets.

But everything changed with the 21st ceremony which took place on March 24, 1949. The studio decided to withdraw financial support for the Academy Awards “in order to remove rumors that they had been trying to exert their influence on votes,” explained Robert Osborne in the official history of the Oscar, “85 Years of Oscars.”’

Because the decision was last minute, the Academy of Motion Picture Arts & Sciences didn’t have enough time to raise the needed monies to rent a large venue.

So the Oscars were held at the Academy Award Theater on Melrose which had a capacity of 985 seats.  Needless to say, a lot of Hollywood folks had to listen to the Oscars on the radio.

But the show not only went on, but made history during the evening that was hosted by two-time Oscar-nominated actor Robert Montgomery, who is best known today as Elizabeth Montgomery’s father…

For the first time in Academy history a non-Hollywood production took home the Best Picture Oscar. The British import “Hamlet,’ starring and directed by Laurence Olivier,  won over best nominees “Johnny Belinda,” another British important “The Red Shoes,” “The Snake Pit “and “The Treasure of the Sierra Madre.”

And Olivier became the first Oscar-nominated filmmaker to direct himself to the lead actor Oscar.

“The Treasure of the Sierra Madre” might have lost the top prize, but writer-director John Huston won for his directing and adapted screenplay. And in another Oscar first, he also directed his veteran father Walter Huston to the supporting actor honor for the film. And 37 years later, Huston would direct his daughter Anjelica to supporting actress for “Prizzi’s Honor.”

Walter Huston, who died the following year at the age of 67, was very emotional in his acceptance speech. “Many, many years ago, I raised a son and I said to him, ‘If you ever become a writer or director, please find a good part for your old man.’’

Jane Wyman won the lead actress trophy for her role as a voiceless young woman in “Johnny Belinda,’
the first time since the era that a performer has won the Oscar without uttering a word.

Wyman kept her acceptance speech short and sweet: “I accept this very gratefully for keeping my mouth shut. I think I’ll do it again.”

Dorothy Jenkins and Karinska won the award for the color film “Joan of Arc” and Roger K. Furse picked up the statuette for the black-and-white “Hamlet.”

But in a major snub to the film, Jack Cardiff’s extortionary, ethereal cinematography wasn’t even nominated. “Joan of Arc” took home the color prize in the cinematography category.

Jane Russell was on hand to sing the Oscar-winning tune “Buttons and Bows” from “The Paleface,” her hit comedy with Bob Hope. And Doris Day, who made her film debut in 1948 in “Romance on the High Seas,” performed the musical comedy’s Oscar-nominated hit “It’s Magic.”

The studios were back with their financial support the following year. In fact, the 22nd annual Oscars were held March 23, 1950 at the Pantages, which with 2,812 seats, was the biggest movie theater in Hollywood.