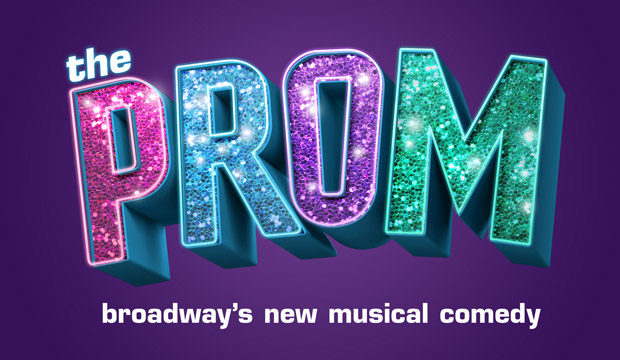 Photo Courtesy of 'The Prom'

The new musical “The Prom” won over industry folks with its big heart and bevy of Broadway insider jokes. But many wondered where each member of the ensemble cast would compete at this year’s Tony Awards. While the Tony Administration Committee decided Brooks Ashmanskas would be the sole Lead Actor contender, they went the opposite route with the women. Beth Leavel and Caitlin Kinnunen will each compete for Lead Actress in a Musical. So can they both land bids?

Leavel, a Tony winner for “The Drowsy Chaperone,” plays vain Broadway diva Dee Dee Allen. She and her fellow thespians head to a small town in Indiana to help Emma (Kinnunen) bring her girlfriend to the high school prom…and scoop up some much needed press in the process. It’s the type of over the top, scene-chewing role in which Leavel always excels. Two of her big numbers bring the house down: the egotistical ‘It’s Not About Me’ and redemption song ‘The Lady is Improving.’ Brilliant physical comedy and vocal pyrotechnics abound in her performance. Leavel is a respected industry vet who hasn’t been nominated since her 2011 turn in “Baby It’s You,” and voters may decide it’s time to invite her back to the party.

By contrast, Kinnunen is experiencing her breakout moment. She joined the original production of “Spring Awakening” at age 16 and played Kelli O’Hara’s daughter in “The Bridges of Madison County,” but this is her first lead role on Broadway. It’s impossible to not root for Emma as she transforms from shy social outcast to confident young woman. She receives ample opportunity to showcase her powerhouse voice, and her soaring final note during the tender ballad “Dance With You” has the entire audience roaring with applause. The role is much more subtle than Leavel’s Dee Dee, but Kinnunen’s fresh faced success is the type of narrative Tony voters often reward.

The trouble for these talented ladies, is having to compete against each other for nominations. Two Lead Actresses scoring a nomination for the same musical is a rare feat that has only happened 11 times in the history of the Tony Awards. Renowned divas Patti LuPone and Christine Ebersole were the most recent pair to pull off this feat for 2017’s “War Paint.” Before that you have to go back to 2004 when Idina Menzel won a Tony over her “Wicked” co-star Kristin Chenoweth. The other dual nominations are Jennifer Laura Thompson and Nancy Opel (“Urinetown,” 2002), Faith Prince and Josie de Guzman (“Guys and Dolls,” 1992), Chita Rivera and Liza Minnelli (“The Rink,” 1984), Jennifer Holliday and Sheryl Lee Ralph (“Dreamgirls,” 1982), Dorothy Loudon and Andrea McArdle (“Annie,” 1977), Chita Rivera and Gwen Verdon (“Chicago,” 1976), Alexis Smith and Dorothy Collins (“Follies,” 1972), Susan Browning and Elaine Stritch (“Company,” 1971), and Thelma Ritter and Gwen Verdon (“New Girl in Town,” 1958).

This double nomination is a rare achievement. After all, Patti Murin and Caissie Levy both came up short last season for “Frozen.” Ditto Emily Padgett and Erin Davie in the recent “Side Show” revival. But fortune often favors the pairs that pull off this Tony feat. While the women from “War Paint,” “Urinetown,” “Chicago,” and “Company” went home-empty handed, one of the women from every other nominated pair won the Lead Actress Tony. Thelma Ritter and Gwen Verdon even pulled off a jaw dropping tie for “New Girl in Town.” That’s 7 wins out of the 11 instances of nominated co-stars.

If Leavel and Kinnunen become the 12th pair to be nominated from the same musical, Leavel’s showier work is likelier to prevail with voters. What’s more, her Dee Dee has a hilarious gag in the show where she produces two Tony Awards from her purse in an attempt to negotiate a suite from a seedy motel manager. It would be a hoot if Leavel became a two-time Tony winner herself and was able to use her real life Tonys as props in the scene. Quite appropriate for a musical that thrives on Broadway references.