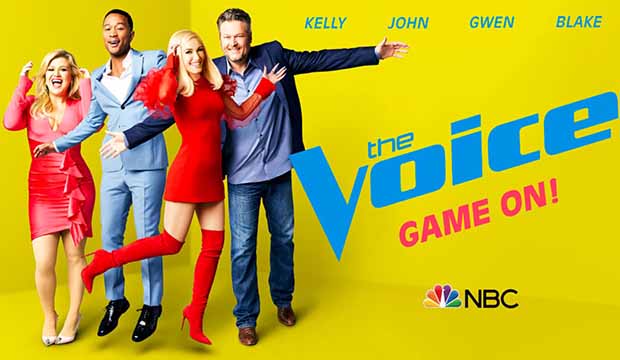 Heading into the Top 13 episode of “The Voice” on November 18, viewers give the edge to Kelly Clarkson to win season 17. This two-time champ has racked up a whopping 40% of the tally in our poll of “Voice” fans. That strong support isn’t so surprising when you consider that this country music superstar has four of the remaining 13 artists on her team.

Before the Top 20 show on November 11, “Voice” viewers had been backing John Legend to continue his winning ways after claiming victory in his inaugural season last spring. He has since slipped to second and now has 38% of fans thinking that one of the trio of talents still on his team will take the season 17 title.

While 18% of “The Voice” voters think that Blake Shelton has his seventh winner on his team, only 7% believe that his lady love, Gwen Stefani, is coaching the winner of season 17. What do you think?

Review the roster of artists on each of their teams and then vote for the coach that you think will win season 17 of “The Voice” on December 17. And be sure to sound off on your favorite coach and artist in the comments section.