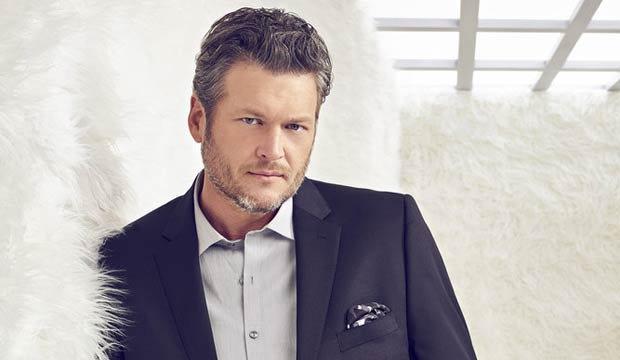 Blake Shelton has been with the “The Voice” since it began in 2011 and has won six of the previous 15 seasons However, he may have a hard time winning for a lucky seventh time in season 16 with the return of reigning two-time champ Kelly Clarkson and the addition of EGOT winner John Legend to the coaching panel. Our readers say that both of these music superstars have strong teams heading into the live round, which kicks off April 29 with all artists in the Top 24 performing.

As with the other three coaches, Shelton had to put his team of eight through the live cross battle round that just ended. In addition, he was able to steal an artist for his team when their original coach went with another singer in their knockout.

We have compiled a power ranking of the contestants now on Team Blake Shelton. These would-be winners are listed from best to worst based on: their reception in the knockouts, battles and blind auditions; the resulting sales of their tracks on iTunes; and the votes of viewers like you.

Which of the eight artists now on Team Blake Shelton do you think could go all the way and win season 16 of “The Voice”? Take a look at detailed bios of each of them below and then cast your vote in our poll at the bottom of this post. And be sure to sound off in the comments section about Shelton and his years as a coach on “The Voice”

VOTE For best artist on each of the other teams: Kelly Clarkson | John Legend | Adam Levine

Gyth is no stranger to hard work after growing up on his family’s racehorse farm. A typical morning started at 5 a.m., with feeding, washing and training 27 horses. Gyth found his musical calling at 15, when he joined the family campfire jam session. At 17, his father booked him a three-hour show at a biker bar – and he has been playing gigs there ever since. Gyth took his show on the road for a few years and came back a hometown hero after sharing the stage with artists such as Jake Owen and Gary Allen. Gyth hopes “The Voice” will help launch his music career to the next level.

Dexter’s family always knew they might have a star on their hands, but it wasn’t until he was 16 that he stole the spotlight at a school talent show. Dexter went on to play local gigs until he was discovered at 23 and began touring nationwide. Just as he was making a name for himself, he got Rocky Mountain spotted fever from a tick while turkey hunting and was horribly sick for months. After he recovered, he set out for Nashville and landed a record deal, but the label went under a year later. Despite the setbacks, Dexter is determined to make it to the top.

Carter was born into a family with old money and grew up in a life of luxury. Unfortunately, due to poor management and the crash of 2008, the longtime fortune was depleted. When he was 14 years old, Carter’s family moved into a motel and the dramatic lifestyle change profoundly affected his childhood. Music became the only thing that could lift his spirits. Carter’s cousin started inviting him to church, where he realized music could be more than just a hobby. Carter currently is a full-time musician and performs at gigs around town.

Andrew grew up in a musical family. His father was in a rock band and his mother was a country singer. When he was in the fifth grade, Andrew asked his dad to teach him guitar so he could impress his crush, and he’s been playing ever since. He currently lives in the mobile home his parents used as a music studio and works as a motorhome technician. As well as performing as a solo act, Andrew was part of a band with his parents called Helluvanote that performed a few times a week. Andrew hopes “The Voice” will be the big break he needs to kickstart his country-rock career.

Selkii was born and raised in South Africa and has always loved music and the ocean. From scuba diving to surfing, she could always be found in her wetsuit, which is where she gets her nickname “Selkii,” meaning “seal.” She found a way to combine her love for the ocean and music by performing gigs on cruise ships. She met her husband on board and after getting married, she decided to take a break from the cruise circuit to focus on her music. Selkii and her husband dream of traveling the entire United States together in an RV.

Oliv grew up in a musical household but didn’t consider a musical career until high school, when she took an industry of music class. Out of high school, she joined a music collective called Freesole, which was a group of singers, rappers and producers that put on variety shows around town. Being able to work with such an eclectic group of musicians really helped Oliv discover her own artistry. Currently, Oliv is a full-time musician who plays solo shows at venues around Chicago.

Kendra started acting at just four years old, but her powerful voice wasn’t revealed until she performed in a talent show in the fourth grade. Realizing she had a gift, her parents would often make the two-hour commute to Los Angeles for auditions. One night while they were driving home, her father had a brain hemorrhage that left him in the hospital for the next year. Kendra did her best to lift his spirits by singing to him and playing piano in the lobby. Now that he’s fully recovered, Kendra has released multiple singles on Spotify and Apple Music and started singing at events to help raise over $80,000 for various charities.

Kim’s parents always encouraged her to be involved in music. Kim started singing in church and was a self-proclaimed band geek in high school. She focused on the saxophone and continued playing throughout her time at Berklee College of Music, but switched her focus to singing when she was 24. She realized she had devoted her life to studying and performing all types of music, but never the ’90s R&B she really loved. In 2016, Kim decided to follow her passion for R&B and rap and she formed a cover band called Legends of Summer, dedicated to playing her favorite music.