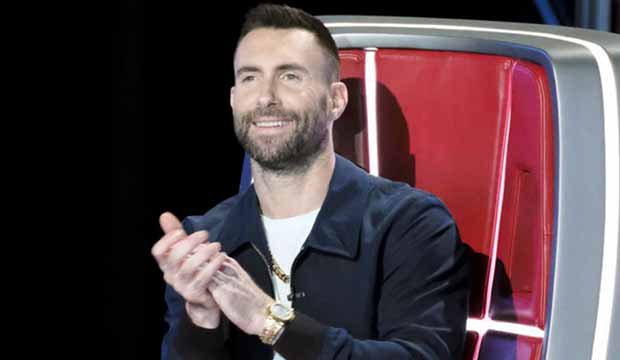 Adam Levine has not won a coaching title for “The Voice” in several seasons, but the tide might be turning for him in Season 16. He has convinced several artists during blind auditions to choose him over rivals Blake Shelton, Kelly Clarkson and John Legend, including a big four-chair turn for LB Crew last Tuesday. Doesn’t it feel like Levine is assembling his overall greatest team in many seasons?

He is a three-time champion and has been with the Emmy-winning program since the very beginning. His biggest on-air rival has been Shelton, who has also been there since the first season and is a six-time coaching champ. Clarkson has reigned for the past two seasons. Legend is a brand new addition.

All throughout this season, we will continue our tradition of updating live blogs while each episode is airing for the east and central time zones. Follow along below and keep refreshing during the two hours. Make your own comments about which artists you like and don’t like for this winter/spring cycle. Read our full minute-by-minute analysis for Monday, February 25, Tuesday, February 26, Monday, March 4 and Tuesday, March 5.

And now follow along and refresh our live updating blog below for the Season 16 battle round Night 5 on Monday, March 11:

8:01 p.m. – Night 5 kicked off with background singer Beth Griffith-Manley whose father was a Motown legend. She took on Aretha Franklin‘s “Until You Come Back to Me (That’s What I’m Gonna Do),” earning the chair turns of John and Kelly. Adam declared his love for her, but admitted that both John and Kelly are the perfect coaches for her and so he regrettably had to bow out of the contest to win her over. Beth chose Kelly, noting that she hopes she can help her develop the rasp in her voice since they have that in common.

8:11 p.m. – Next was South African (by way of Florida) Selkii. She married a comedian juggler after they met while working on a cruise ship, where she sings, but is finally taking a step forward to build her career. Her rendition of “I Try” by Macy Gray immediately won over Adam who was into her throwback song choice, but had to compete with Blake who hit his own button at the last minute. Blake did his best to bring her over to his team, including suggesting that she’s probably a country artist in South Africa, but he didn’t have to put in that much work because she said her husband had already made the choice for her–it would be Team Blake!

8:22 p.m. – The next artist was Korean soul singer Jae Jin, looking to break stereotypes on singers of Asian descent. He performed “Hallelujah I Love Her So” by Ray Charles, but despite a clear and smooth vocal failed to get any of the coaches to turn their chair for him. For Adam, the song didn’t provide enough energy and for John the vocal wasn’t gritty or dirty enough.

8:27 p.m. – Piano player Denton Arnell took the stage next for his cover of Drake‘s “Hold On, We’re Going Home.” John was on board after a few notes, but all the other coaches held back, knowing that he’d end up on the team he’d fit best on. John found Denton to be creative with the melody and did well with a song that might have been less exciting. But the real exciting part was when Denton brought his girlfriend Tiffany on to the stage and proposed to her! As it was with John and him, it took only one “yes” to bring them together, too!

8:36 p.m. – Pink-haired Ciera Dumas (admittedly, she’s had many hair colors over the years) was named “Most Likely to Win ‘The Voice'” in her high school senior year superlatives before taking the real “Voice” stage for her audition of “Tell Me You Love Me” by Demi Lovato. Both Adam and John turned for her quickly and vibed to her performance while looking at her, just as Kelly and Blake did while not looking at her. Blake pitched for Ciera to join Team John, but she went her own way and joined Team Adam instead. So, yes, Adam keeps picking up the good ones–I think Ciera is a major threat to win!

8:47 p.m. – Small town country, rock and blues singer Andrew Sevener grew up as a teenager playing in a band with his parents. He took on “Honky Tonk Women” by The Rolling Stones tonight, getting his first chair turn from Blake during a nice guitar riff in the middle of the song. The country notes in his voice must have been a little too strong though because all the other coaches held back and let Blake easily add him to his team.

8:56 p.m. – Makeup artist Mari stepped away from the salon to audition with Ella Mai‘s “Boo’d Up,” getting the support of Kelly, John and Adam all at once. Kelly liked her fluidity between conversational singing and then going into her head voice. She and Adam both acknowledged that she would likely pick John due to the R&B/gospel connection, but in the end she joined Adam’s team!

9:05 p.m. – Crystal Rose from Kansas City grew up in a children’s home after her family faced hardship, but singing in choir helped her not only process her feelings but also express them. Her cover of “Wicked Game” by Chris Isaak was an unexpected choice for her audition, and while it didn’t pay off with a chair turn from any of the main coaches this time they did offer her a wealth of constructive criticism and urged her to come back again.

9:16 p.m. – Abby Kasch started singing at 12 years old when a restaurant manager asked her to sing and then convinced her to come back and sing again. She broke into Gretchen Wilson‘s “Here for the Party” and Kelly and Blake’s ears both perked up, but they held out from hitting their buttons hoping to hear her hit the big note at the end. I don’t think the note went as big as they wanted it to, but they still pressed their buttons to go head-to-head for another country artist. Though Blake usually gets the country artists, Abby went with Kelly–a match made in heaven, I think.

9:28 p.m. – Arial silk dancer Mikaela Astel is only 14 years old, but has been trying to break into the industry via YouTube covers and small gigs for years. She played the guitar and sang “Electric Love” by BØRNS, earning chair turns from both Kelly and John who referred to her as a future star. Adam told her to think of a name in her heart and say the name of the first one she thought of–that must have been Kelly because that’s the team she joined!

9:33 p.m. – Anthony Ortiz grew up in a skateboard family, but says that music is where his heart is. His cover of “That’s What Makes You Beautiful” by One Direction earned him a spot on Team Adam.

9:40 p.m. – Kayla Seeber grew up feeling different from her peers, which explains how she had the balls to completely change up “… Baby One More Time” by Britney Spears for her audition. Her haunting and punk rendition of the hit pop song ultimately wasn’t enough for any of the coaches, but it did earn her a spot on “The Comeback Stage” with Bebe Rexha. And Crystal from earlier in the episode was also given her second chance along with Kayla!

9:51 p.m. – The final artist of the night was Shawn Sounds, “teacher by day, rockstar by night” in his own words. He performed “All My Life” by K-Ci & JoJo to delayed reactions from all four coaches who did eventually turn their chairs for him! All the coaches made heartfelt and passionate pleas for Shawn to join their team, but his choice was the John–that’s another four-chair turn win for the newbie!