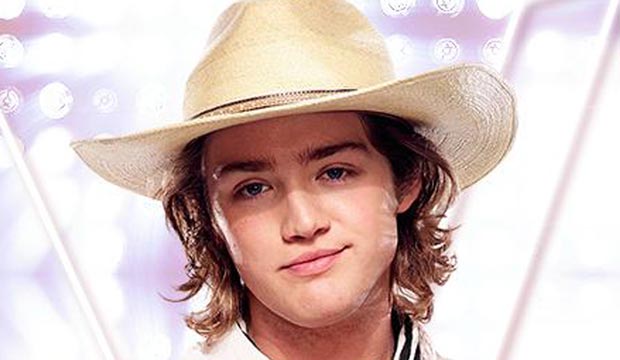 Nineteen-year-old “The Voice” heartthrob Carter Lloyd Horne revealed in Monday’s Top 13 episode that he recently had to disable his Instagram notifications because he’s gotten so many prom proposals. This Marietta, Georgia resident is a front-runner to win Season 16 for Team Blake Shelton, particularly after his cover of James Bay‘s “Let It Go” on Monday, so it’s no surprise to see America’s teenage population swooning over him.

Since this is Fan Week, that meant Carter’s song was given to him by America. “Speaking of this Fan Week, you should see my DM,” Carter told Blake during their mentoring session. “I think I’ve gotten like a hundred prom invites,” he added while grinning ear to ear. “It’s a little strange, but it’s also very flattering. I had to turn notifications off.”

Carter later added, “There’s been so much support from everybody. I thought my demographic was gonna be, like, my mom. I was very wrong about that.” For his part, Blake doesn’t want all of the attention to go to Carter’s head. “The girls love Carter, but man, I just need you guys to back off a little bit. I need the kid to focus. We’re almost there,” Blake pleaded.

SEE‘The Voice’ Top 13 results: Maelyn Jarmon to get Apple Music bonus but who will sing for Instant Save?

Following Carter’s “Let It Go” performance on the live show, Blake raved, “I gotta say … you take everything that gets thrown at you and you run at it head-on and you give it everything you got. You’re so chill about it. People, this dude had his braces taken off two weeks ago. He is so cool about what he’s doing. You killed it tonight, man.”

In his “The Voice” live blog, our recapper John Benutty had this to say about Carter’s latest performance: “Carter delivered a star-making performance directly from his wheelhouse. If this kid wasn’t already on your radar then I think this performance will have put you onto him and it could very well ensure him a spot in the finale. When Blake and Carter learned of his song choice they were worried, but in the end they were pleased with it.”