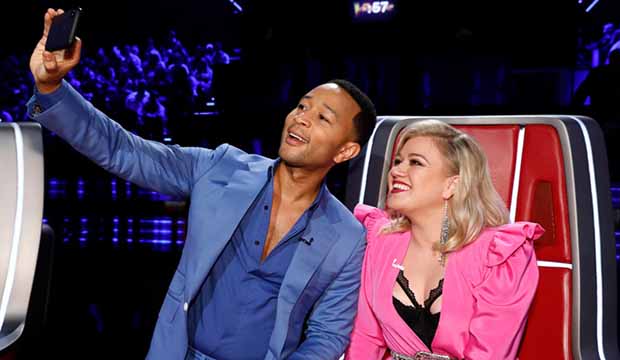 “The Voice” fans were understandably mixed when it came to the reality TV show’s newest round of competition, the live Cross Battles. On the one hand, it was thrilling to watch some of these mano-a-mano match-ups from opposing teams play out on live television. On the other hand, it was a bit unfair “at the end of the day,” noted coach Kelly Clarkson, to force completely different artists to face off. Do you want to see the live Cross Battles return next season on “The Voice”? Vote down in our poll below.

SEEKelly Clarkson will win season 16 of ‘The Voice,’ say 35% of viewers on eve of Top 24 live shows [POLL RESULTS]

Perhaps if the rules were tweaked so that the four coaches could only use their Saves and Steals at the conclusion of the two-week round, fans would have enjoyed the experience more. That way they’d be able to properly size up all of the at-risk artists from both weeks before making their big decisions. In other words, if Kelly, Blake Shelton, John Legend and Adam Levine had until the end of the Cross Battles to choose whom to Save and Steal, they wouldn’t have to risk wasting a power early on only to regret it later if someone even better was eliminated.

Abby Kasch and The Bundys from Team Kelly, for example, both ended up being eliminated based on America’s vote. Since Abby’s elimination was revealed before the family trio stepped out on stage, that meant Kelly had to risk using her Save on Abby before she even knew if The Bundys would need it in the next act. If “The Voice” producers had switched these two reveals around so that The Bundys’ fate was announced first, it’s possible Kelly would have used her one and only Save on them, meaning Abby would have gone home instead.

Another example is LB Crew of Team Adam, who was eliminated despite giving a powerhouse performance of “Wade in the Water.” Since Adam had already used his Save the previous week on Domenic Haynes, that put LB at a huge disadvantage. Consider this: if LB and Domenic had switched weeks in the production schedule then it’s likely Adam would have saved LB instead, which meant Domenic would have been sent packing.

Do you think the live Cross Battles results show would have been better if the coaches had to pick between all of their at-risk artists at the end of the round, as opposed to making haphazard decisions in the moment over the course of two weeks? Or do you like how things played out, as it caused the coaches to be way more strategic in their pairings? Vote now and then defend your choice in the comments section.