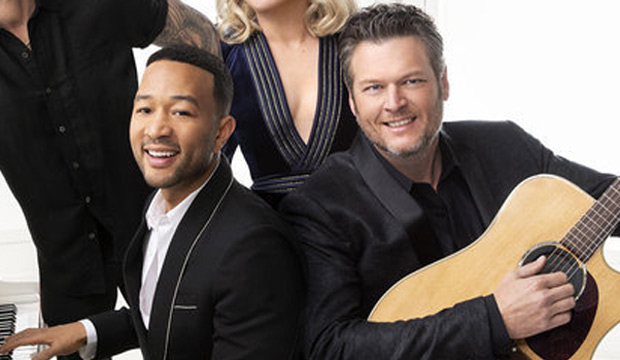 All week long, “The Voice” fans have been voting in our poll that asked whether they prefer the new live Cross Battles or the old Knockout rounds, and the results aren’t even close. A whopping 79% of readers voted that they “hated” the first-ever Cross Battles, while only 21% said that they “loved” this new stage of competition. Do you agree or disagree with those poll results? Be sure to sound off down in the comments section.

SEEWho will you miss most on ‘The Voice’ after first Cross Battles: Kayslin Victoria, Karen Galera or Andrew Jannakos? [POLL]

After 16 seasons, “The Voice” changed things up this year by eliminating the Knockout rounds, which would task a coach to pair up two artists on his or her team and then single-handedly determine who stays and who goes. This season, however, NBC decided to reinvent that stage by pairing up two artists from different teams and then letting America vote live for who they wanted to advance to the next round.

During Monday’s episode, 16 artists performed in eight different Cross Battles, with America able to save one from each battle, or eight total. As for the eight artists who didn’t earn America’s votes, the coaches could then either “save” or “steal” them during Tuesday’s results show. Adam Levine and Blake Shelton utilized their saves on Domenic Haynes and Selkii, respectively, while Adam stole Betsy Ade, Kelly Clarkson stole Rod Stokes and John Legend stole Celia Babini. The three artists who went home were Kayslin Victoria, Karen Galera and Andrew Jannakos.

SEEAre you ready for ‘The Voice’ Live Cross Battles on Monday? ‘It’s the wild west out there now,’ warns Adam Levine

Below, read a brief sampling of “The Voice” fans’ honest reactions to the live Cross Battles and then be sure to give us YOUR thoughts down in the comments section.

Donna: “Awkward live Cross Battles. I don’t think the audience should be voting yet, leave it up to the coaches.”

Bill: “Epic fail. I turned it off and will not watch tonight. From someone who scheduled their activities around ‘The Voice.'”

Pamela Marx: “Cross Battle Concept is awesome, but song choices were SO bad and I can only PRAY these were not the coach choices.”

Rhonda Waldron: “The voting was screwy I didn’t write down who battled who. You couldn’t vote until the end. Then it just listed contestants. Didn’t even say how many to vote for. Didn’t show the pairings.”

Tiana: “I’m bummed. I love this show and was encouraged this season when they started including artists eliminated after the blinds in the come back thing, that made more sense than last season. But the cross battles is a fail.”