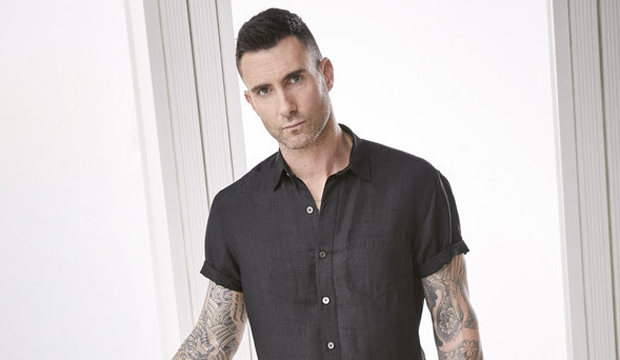 Adam Levine is still looking for that elusive fourth win as a coach on “The Voice.”  Over the course of the four live cross battle episodes of season 16, the Maroon 5 frontman saw his team winnowed down to just four contestants: Betsy Ade, Domenic Haynes, Kalvin Jarvis and Mari.

Levine has the smallest of the four teams heading into the Top 24. Which of the four artists on his team do you think could go all the way and win “The Voice”? Take a look at detailed bios of each of them below and then cast your vote in our poll at the bottom of this post. And be sure to sound off in the comments section about Levine and his time as a coach on “The Voice.”

VOTE For best artist on each of the other teams: Kelly Clarkson | John Legend | Blake Shelton

Betsy’s mom passed away when she was only nine and Betsy stepped up to provide the strength her family needed. It wasn’t until college that she felt free enough to explore her interests. She came out to her family and started singing in her brother’s band, which toured nationwide. She later fell in love and started a family, but became a single mom when things with her girlfriend did not work out. Betsy took a break from music to raise her son, but eventually found both love and music once again. Betsy currently gigs and tours with her band, Well-Known Strangers.

Domenic was raised in an athletic household with a mom who was a track star and a football-standout dad. Domenic won every track meet he competed in until a hamstring injury in his freshman year of high school prevented him from running for two years. He turned to music and quickly fell in love with singing and songwriting. In his senior year, Domenic was able to run again and made it to the state qualifiers. He had planned to run track in college while working toward a scholarship to USC Thornton School of Music, but that is on hold while he pursues music full-time.

Kalvin inherited his love of music from his father, who pursued a rap career in Detroit. Some of his earliest memories are of his father performing in clubs, and once Kalvin started showing interest in music, his father taught him everything he knew. Kalvin currently performs a few times a month with the band Street Blues Family and works as an assistant manager at IHOP, where he’s been employed for the past 11 years. Kalvin hopes “The Voice” will allow him to finally quit IHOP and focus on music full-time.

Mari grew up in a musical family. Her father is a songwriter and music producer, and her mother is a vocalist. Her parents are also worship leaders, so, naturally, Mari sang with the praise team at church and around her community. In her teens, she was introduced to music outside of the church and now prides herself in singing all types of genres. Outside of singing, Mari has a cosmetology license and works at a salon in her hometown. Although Mari enjoys cosmetology, she hopes “The Voice” will allow her to focus on music, which is her true passion.