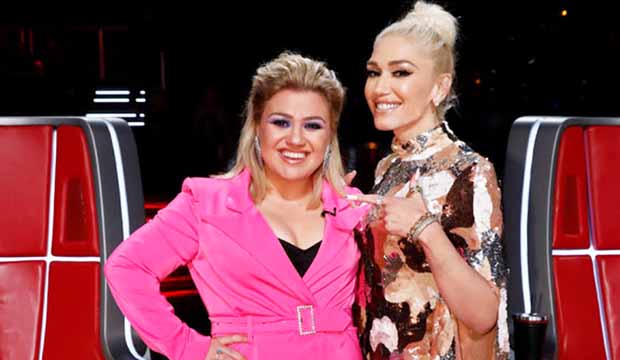 The first show of the live playoffs aired Monday night on Season 17 of “The Voice.” Which of the Top 20 artists will survive the public vote and coach’s choices to make the Top 13 on Tuesday’s results episode?

We just published our power rankings over the weekend, listing our reasons for ranking best to worst on each team. Click on each coach’s name below. Each song selection from Monday is listed next to the contestants’ names.

If you’ve missed any of the recent knockout episodes or want to read our Gold Derby analysis, visit the links below to catch up on our coverage:

And now make your comments below and keep refreshing for our full live updating blog recap for Live Playoffs Results Night on Tuesday, November 12:

8:00 p.m. – Tonight the top 2 from each team is going to automatically advance with each coach getting to save a third. Then of the remaining two artists on each team the one with the most votes from last night will all sing once more for a wild card save to become the 13th artist to advance.

8:02 p.m. – The two artists to advance from Team Blake based on the overnight votes were: Ricky Duran and Kat Hammock!

8:04 p.m. – With three artists left in front of him Blake was asked to save only one of them to directly add to the Top 13. He picked Cali Wilson!

8:07 p.m. – Next up to hear their results was Team Gwen. The two that advanced based on the public vote were: Rose Short and Joana Martinez!

8:11 p.m. – On Team Kelly the two artists that America saved were: Max Boyle and Jake Hoot!

8:13 p.m. – The artist that Kelly chose to send through was her “chameleon” Shane Q!

8:20 p.m. – Before the results of his team, Blake announced, as the reigning People Magazine Sexiest Man Alive, for the first time that John is this year’s Sexiest Man Alive. We all agree that’s well earned, right? Right. Bow down!

8:22 p.m. – And finally the two artists that advanced from Team Sexiest Man Alive were: Katie Kadan and Marybeth Byrd!

8:26 p.m. – Next Carson announced the four artists that will sing for the first ever wild card save. From Team Blake it was Gracee Shriver, which means we say goodbye to Ricky Braddy. From Team Gwen it was Jake HaldenVang, so we said goodbye to Kyndal Inskeep. From Team Kelly it was Hello Sunday, which means it was goodbye to Damali. And from Team Legend it was Alex Guthrie, so it was the end of the road for Khalea Lynee.

8:34 p.m. – Team Blake’s Gracee began the wild card round with her rendition of “Landslide.” The song is well-suited for her and I thought she brought a nice country twang to it that you don’t even necessarily hear in the Dixie Chicks version.

8:36 p.m. – Next up was Team Gwen’s Jake with “Nothing Holding Me Back.” This uptempo contemporary song was a much better choice for him and probably should have been his song last night instead of the Adele. I think with his style he should stick to doing stuff in his wheelhouse really well instead of attempting to turn anything on its head.

8:45 p.m. – After the commercial break we heard “All By Myself” from Hello Sunday of Team Kelly. It was a big song choice from them, and a rather dated one as well, but as a duet they actually managed to tone it down to their level and make it their own in a special way. I think they could be a major threat in the competition if they picked songs that suited their ages better though.

8:47 p.m. – The last wild card performance was Team Legend’s Alex with “Stay.” It was a perfect song choice and great presentation from him–I’d say the best of the four by far. He tapped into the lyric emotionally and conveyed that through his performance.

8:59 p.m. – After the 5-minute voting window Carson announced that the 13th artist to move on to next week’s live performance show was Hello Sunday from Team Kelly!