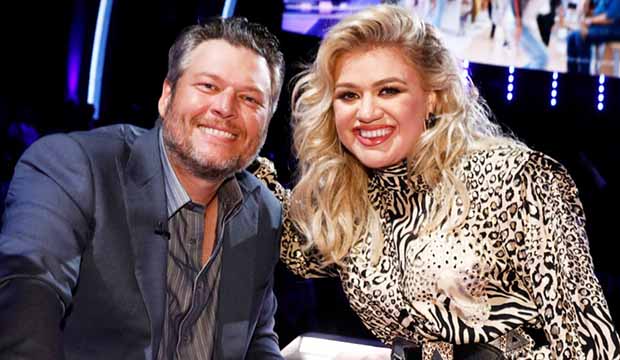 A massive group of artists will be cut on “The Voice” tonight. The Top 24 of Season 16 performed on Monday evening’s episode, but now half of them will be going home in the matter of 60 minutes of results. And we’re not guaranteed that any of the coaches — Kelly Clarkson, John Legend, Adam Levine and Blake Shelton — will have an even amount of competitors remaining, as in other seasons.

Here’s how this results program works. Eight artists regardless of team affiliation will advance straight into the Top 12 based on the audience votes of the past 24 hours. After that, each coach will get to save one of their own, rounding out the Top 12 and ensuring that each coach has at least one artist advancing. Also on Tuesday, the winner of “The Comeback Stage,” Kanard Thomas will perform live in a head to head against one of the yet-to-be-determined artists that was eliminated during the Cross Battles. One of the two will earn the live Twitter Save based on that performance and be named the 13th artist to remain in the competition.

SEE‘The Voice’ power rankings: We rank all of the Top 24 artists for Season 16 competing Monday night

This is a full list of contenders who performed on Monday night, all awaiting their fates tonight on the one-hour episode hosted by Carson Daly:

And now follow along and refresh our live updating blog below with a full recap for the Season 16 Top 24 results show on Tuesday, April 30:

9:03 p.m. – While checking in with the coaches before the results, John called out Celia Babini as his standout performance of the night. Could that bode well for her earning his save if she doesn’t advance based on the audience vote? Carson also let us know that Gyth Rigdon was the most streamed artist of the voting period.

9:09 p.m. – Adam joined his team for the first coach-team performance of the season in a sleek and cool rendition of “Is This Love” by Bob Marley & The Wailers. He’s only got four on his team as of this point in the night, but all of them performed really well Monday night and certainly vibed in a nice way with each other here. As I thought on Monday, Mari and Domenic Haynes were the standouts from the team.

9:14 p.m. – In the second set of results, Carson named the next two artists to advance to the Top 13: Rod Stokes (Team Kelly) and Kim Cherry (Team Blake)! That’s three for Blake, one for Kelly and one for John. Adam has yet to pull an artist through based on the audience vote.

9:20 p.m. – Blake introduced Kelly for a performance of her new song “Broken and Beautiful” from the film “Uglydolls” which they both voiced characters in. The song is anthemic, empowering and of course features the booming chorus typical of Kelly tracks. It never ceases to amaze me how pure her voice still sounds after almost 20 years since she won “American Idol.”

9:25 p.m. – In the third set of results, Carson named the final three artists to advance to the Top 13 based on the audience vote: Dexter Roberts (Team Blake), Maelyn Jarmon (Team Legend) and Andrew Sevener (Team Blake). So with that, we’re looking at a group of finalists that includes only one (!!) Team Adam artist and only two (!!) from Team Kelly?!

9:33 p.m. – Fifth coach Bebe Rexha was in the house to announce Kanard as the official “winner” of “The Comeback Stage”–he was last seen on air in the Blind Auditions where he got no chair turns. She then asked LB Crew who was eliminated in the Cross Battles as a member of Team Adam.

9:36 p.m. – Kanard was the first of the two to sing, choosing “Call Out My Name” by The Weeknd. His voice was smooth and full of texture. As someone who is one step behind the others, given that this is his first time performing live on the show, he actually did a great job–seeming confident and comfortable in front of the studio audience. In a critique, John said he did a great job and showed off a ton of skill especially with his falsetto.

9:39 p.m. – LB followed up with a rendition of “Electric Feel” by MGMT. The song was just as cool of a choice as Kanard’s, but LB managed to make it much bigger and brighter with a passionate and lived-in performance. His former coach Adam called the performance a “perfect 10” and thinks it was the best one of the entire show so far this season. (I agree!)

9:48 p.m. – And just like that the Twitter voting window closed and Carson announced the winner of the Save: LB Crew! He didn’t remain a member of Team Bebe though–instead he got the choice of which team he’d join. He apologized to John, saying that he’s wanted to work with him, but because Adam’s team was struggling he felt it was right to go back “home” to Team Adam. So that means we’ll now finish out the Top 13 with 6 for Team Blake, 3 for Team Legend and 2 each for Teams Kelly and Adam.

9:54 p.m. – In the last set of results, each coach got to pick one artist to save and push through straight into the Top 13. In order, Blake saved Oliv Blu, Kelly saved Jej Vinson, John saved Celia and Adam saved Mari!

You’ll be able to make “The Voice” predictions starting later this week. Also, be sure to make your predictions to influence our reality TV racetrack odds for “Survivor,” “American Idol,” “RuPaul’s Drag Race” and more. You can keep changing your predictions until just each episode airs. You’ll compete to win a spot on our leaderboard and eternal bragging rights. See our contest rules and sound off with other fans in our reality TV forum. Read more Gold Derby entertainment news.