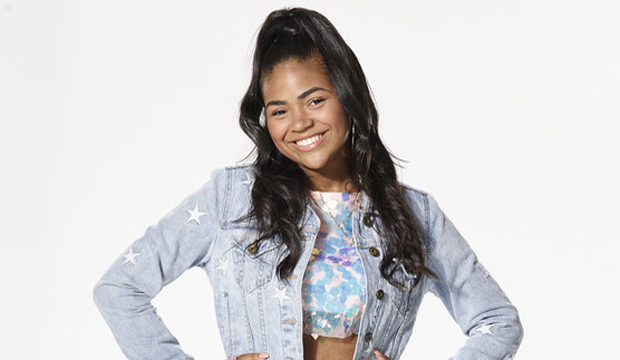 Of the eight artists to be eliminated during Week 2 of “The Voice” Knockouts, fans are most furious over Zoe Upkins. This 16-year-old student from Nashville, Tennessee wowed the coaches with her cover of “Angel of Mine” during the blind auditions, where she joined up with Team John Legend. Unfortunately, John kicked her to the curb during Monday’s episode when he favored Will Breman‘s cover of “I Don’t Care” more than Zoe’s rendition of “Like I’m Gonna Lose You.” In our recent poll, 34% of “The Voice” fans say Zoe was “robbed” of a spot in the live Playoffs. Do you agree or disagree with those poll results? Sound off down in the comments section.

“You showed so much polish for your age,” John declared after Zoe’s memorable blind audition of the Monica hit single. “You still have room to grow, but you were really fantastic. I only have one slot left on my team and it would be so much fun for me to work with you.” As if John’s pitch wasn’t enough, he then went into an impromptu version of “The Boy Is Mine” by singing to his rival coaches, “She belongs to me, Zoe is mine.”

John seemed inspired by Zoe’s Monica audition, so he tasked her with performing “The Boy Is Mine” against Khalea Lynee in the Battles. “I feel very fortunate that I get to work with both of you, and also upset with myself for pairing you against each other,” he sighed before naming Khalea as the Battle winner. However, John quickly hit his “save” button to keep Zoe on his team because he believed in her talent. Unfortunately, he cut her in the Knockout round following her performance of “Like I’m Gonna Lose You.”

Here is how all eight eliminated artists fared in our poll that asked “The Voice” fans to name who was most robbed of a spot in the live Playoffs: