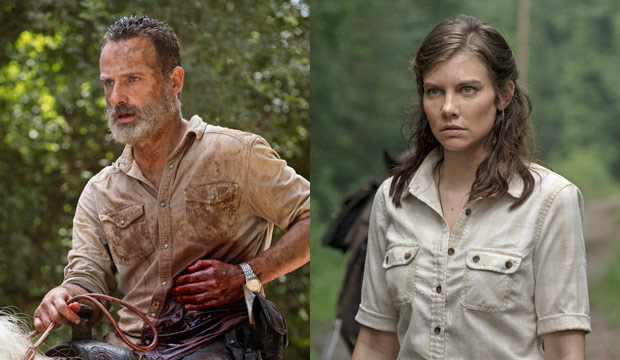 This season “The Walking Dead” fans were forced to say goodbye to two of their favorite characters, Rick Grimes and Maggie Greene, and now AMC has decided to submit the actors who portrayed them as guest stars on the 2019 Emmy ballot. That’s right — as Gold Derby previously reported, former lead actor Andrew Lincoln and supporting actress Lauren Cohan can now be found in the guest categories for their tearful final appearances in the episode titled “What Comes After.” They both appeared in five of the season’s 16 episodes, which is well below the 50% threshold required to be submitted as a guest star.

Five other “The Walking Dead” supporting players are also hoping to hear their names called when the nominations are announced July 16: long-time cast members Norman Reedus, Danai Gurira and Melissa McBride and current bad guys Jeffrey Dean Morgan and Samantha Morton. While no actor from the zombie apocalypse drama has ever been recognized at the Emmys, the Critics’ Choice Awards previously gave Morgan a trophy for playing the devilish Negan.

Even though Lincoln has left “The Walking Dead,” he is still set to reprise his role of Sheriff Grimes in AMC’s upcoming film series. In Lincoln’s final episode (read our November 4 recap), all of Rick’s friends thought he died in a bridge explosion, but he miraculously survived and was then kidnapped by Jadis (Pollyanna McIntosh) and taken to parts unknown. Maggie, meanwhile, was written off the show following a six-year time jump in which fans found out she had left to explore other areas.

Here is the complete list of “The Walking Dead” acting submissions on the 2019 Emmy ballot: