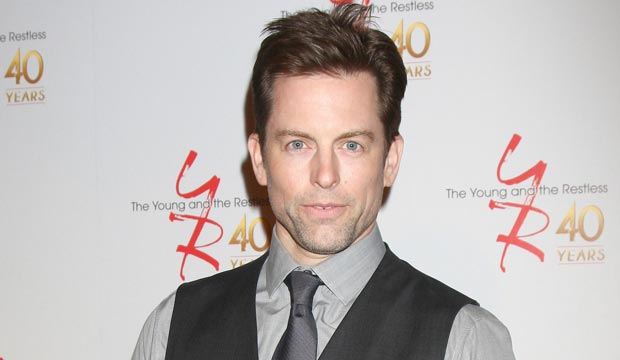 We recently asked our readers who they thought should be cast as the nefarious Adam Newman on “The Young and the Restless” if the character should come back from the (presumed) dead. Well, it was recently reported that the role has been filled, and it looks like the CBS soap didn’t listen to any of my wildly speculative suggestions — not that I’m bitter. But they also didn’t revert to a previous actor like many of our readers would have preferred. Mark Grossman will play Adam, not past portrayer Michael Muhney.

Grossman is a newcomer to daytime television whose past credits include a recurring role in the Freeform series “Famous in Love.” He’ll be the fourth man to play Adam Newman on “Y&R” following Chris Engen (2008-2009), Muhney (2009-2014) and Justin Hartley (2014-2016). Muhney earned a Daytime Emmy nomination for Best Actor in 2013 for his performance as Adam, and Hartley was nominated in the same category in 2016. Hartley left the series when Adam was blown up in a cabin explosion, but it’s safe to say the actor landed on his feet. His primetime series “This is Us” premiered a few months later and became an instant hit.

Hartley’s “This is Us” gig opened the door for someone new to step in as the fourth Adam Newman, but our readers were hoping the role would go back to Muhney, who had the longest stint on the show. However, that was highly unlikely given the circumstances surrounding his exit. After his firing from the show rumors surfaced about his harassment of co-stars, though Muhney denied those reports were anything but rumors and chalked up his firing to being too outspoken on set. Regardless, it didn’t seem like those fences were likely to be mended.

Nevertheless, Muhney’s fans voiced their support in our comments. Leslie called Muhney “the one and only good choice” to play Adam. Lorraine added, “Only Michael Muhney will do.” Michele said, “He masterfully portrayed all the complicated layers of Adam and made him an unforgettable and vital character.” However, Karen is a bit tired of soap opera resurrections in general and argues for “no return! They get blown up and buried and keep coming back! Ridiculous! They can’t come up with anything else than bringing the dead ones back!”

What do you think of “Y&R’s” choice for Adam number-four? Will you give the soap opera novice a chance?