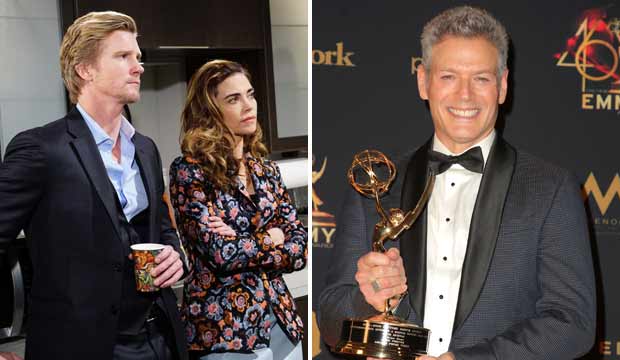 “Days of Our Lives” is the Daytime Emmys front-runner for Best Drama Series, according to our racetrack odds, but it was “The Young and the Restless” that ruled the Creative Arts Awards on Sunday night, May 3 (see the complete list of winners here). It took home five trophies in craft categories, more than any other program in any other field. Does that bode well for its chances on Sunday night? Our predictions center is back open, so you can make or update your forecasts here in 21 categories that are yet to be decided.

“Y&R” was awarded for its art direction, lighting direction, sound mixing,, costume design, and hairstyling. But all four televised soaps came away with something. “Days” claimed prizes for its makeup, music, and casting. “General Hospital” was celebrated for its multi-camera editing. And “The Bold and the Beautiful” had the best technical team and the best original song (“You’re the One”). Is that a sign of things to come? Not necessarily. Last year “Days” won Best Drama Series even after it had been completely shut out at the Creative Arts Awards. Since winners are decided by voters viewing sample episode submissions, Best Drama could still be anyone’s game.

But there may be a new front-runner in the digital drama field if Creative Arts are any indication: “After Forever” was the most honored streaming series with four victories, including Best Digital Actor (Kevin Spirtas), Best Digital Supporting Actress (Erin Cherry), Best Digital Writing and Best Digital Directing. The final category, Best Digital Drama Series, will be presented during the main ceremony on Sunday, and judging from these results the Amazon series might be sitting pretty.

“Giants” came into these awards with the most digital nominations (11), and “The Bay” has won Best Digital Drama for the last four years in a row, but neither show had nearly as good a night. “Giants” claimed acting prizes for leading lady Vanessa Baden Kelly and supporting actor Terrence Terrell, while “The Bay” was rewarded for guest star Sean Patrick Flanery, so it wasn’t a total loss for either series.

Also with four wins on Friday night was “Crow: The Legend,” which included another Emmy victory for EGOT recipient John Legend (Best Interactive Media). “Sesame Street,” “The Ellen DeGeneres Show” and “The Talk” came away with three victories apiece. And “Odd Squad,” “Rapunzel’s Tangled Adventures,” “Samantha Brown’s Places to Love,” “The Loud House” and “Tumble Leaf” took home two awards each. Other noteworthy champs included Jay Baruchel for voicing Hiccup in “Dragons: Race to the Edge” and the cast of “The Band’s Visit” for their musical performance on “Today.”