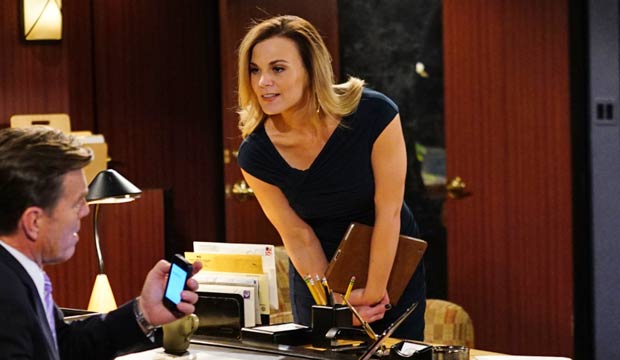 “I’m sad Gina Tognoni is leaving!” said “The Young and the Restless” fans who responded to our poll. We asked how they felt about the bombshell casting news that Tognoni is leaving her role as Phyllis on the CBS soap so that the character’s original portrayer Michelle Stafford can return. More than 1,000 responded and most of them are going to miss Tognoni when the switch takes place. Scroll down to see the complete poll results.

Stafford originated the role of Phyllis Summers back in 1994, and she played her on-and-off for the next 19 years, which paid off with 10 Daytime Emmy nominations and 2 wins: Best Supporting Actress (1997) and Best Actress (2004). After leaving the show she spent five years on “General Hospital” as Nina, and now that she’s returning to the show that made her a star, 39% of our respondents are “thrilled” for her comeback. “She’s the only true Phyllis,” they say.

Tognoni had big shoes to fill, and she only filled them for five years (2014-2019), but she still made a strong impression on viewers and the industry. She won an Emmy of her own for Best Actress (2017), and 61% of fans are sad to see her go, saying that “she really made the role her own.”

So what role should Tognoni make her own next? She has been on soaps for decades, and you can never keep her down for long. She was previously known as Kelly Cramer on “One Life to Live” and in her two-time Emmy-winning role as Dinah Marler on “Guiding Light.” Both gigs ended when those shows were cancelled, and then she continued her Emmy-winning ways on “Y&R.” Which other soap do you think should snap her up now? 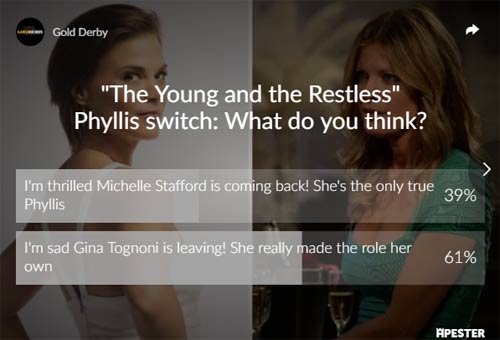