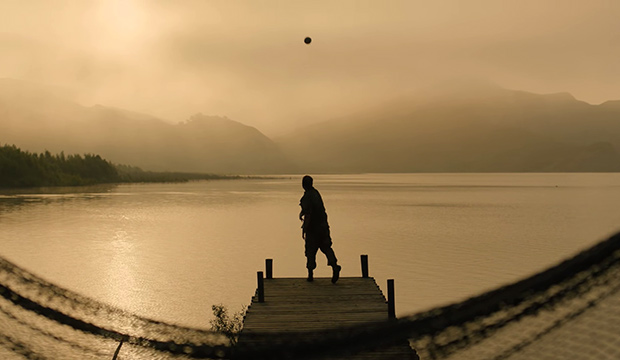 The third season of “This is Us” concludes tonight with an episode by in-house director Ken Olin. Debuting with the first episode after the pilot, Olin has directed all of the season premieres and finales since, as well as such landmark installments as the WGA Award-nominated “The Car” and the consecutive “Number One,” “Number Two” and “Number Three” episodes.

Olin is profiled this month in ICG Magazine, revealing that the pilot script for “This is Us” was the best that he had seen since 2001’s “Alias,” another drama on which Olin was executive producer and the most-prolific director. Olin had since filled those same roles on “Brothers and Sisters,” on which he also acted; it was the similar tone and subject matter of this work that attracted creator Dan Fogelman to Olin. Although Olin is best known as Golden Globe-nominated lead actor of the 1980s “thirtysomething,” another in the same subgenre, Fogelman had never seen that Emmy winner for Best Drama Series, on which Olin gained his first directing credits.

SEEour first Emmy slugfest of the season about the drama races.

Joining “This is Us” — then known as “36” — averted Olin’s plan to move to New York and give up executive producing and return to guest directing. Olin has directed every third episode of “This is Us” on average and he notes to ICG that he spends more time on the set of “This is Us” than his past shows, on which he typically was the credited director only for every fifth episode, spending more of his time on them in post-production as opposed to pre-production or physical production on “This is Us.”

SEEWill Susan Kelechi Watson be the latest ‘This Is Us’ star to score an Emmy nomination after her showcase episode?

ICG highlights the work and secrets of the Season 3 Vietnam-set episodes directed by Olin (partly on location in Vietnam itself), calling the episode simply titled “Vietnam” the most ambitious of the series, with Olin citing it as including his favorite shot that he has ever captured for television (pictured above). The relevant director of photography was Yasu Tanida, who has been the cinematographer for every “This is Us” episode after the pilot. “I’ve never worked with a DP who is so fast and yet so capable of making things look beautiful,” Olin gushes in ICG’s profile of Tanida from the same issue, with Fogelman echoing praise about how “insanely fast and fluid” Tanida is and making sure to draw attention to the ongoing challenge of a shooting without a dolly track, as the series employs an exclusively handheld esthetic instead. Tanida’s signature is backlighting through windows, so the huts that were constructed in Vietnam for the show were period-authentic insofar as they could also provide a form of that stylized visual. Tanida previously shot the pilot of Fogelman’s “Pitch,” as well as that of “The Blacklist” after a long line of independent films.