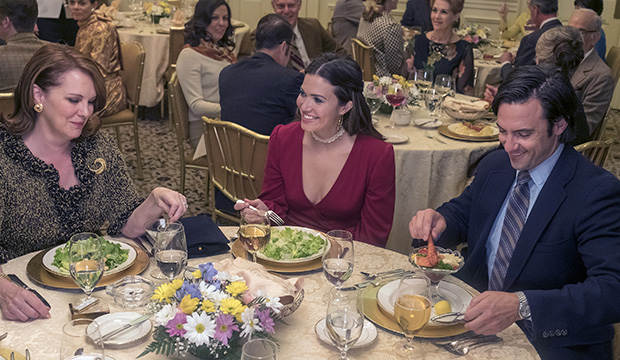 After getting snubbed during its first season, “This Is Us” has been unbeatable in the drama ensemble category at the Screen Actors Guild Awards, taking the last two prizes. It’s going for a three-peat in January, which would make it just the second show to win three years in a row.

“ER” is the only show to have done so — and it actually won four years in a row from 1996-99, which is also a category record. “Downton Abbey” is the only other drama to have nabbed three ensemble awards, but its wins weren’t consecutive as “Breaking Bad” interrupted “Downton’s” streak in 2014 for its final season; “Downton” prevailed the next two years.

“This Is Us,” which is one of six shows with two wins (all but one, “The Sopranos,” won back to back), is currently in third in our early odds, but it definitely should not be underestimated. Its first victory, over buzz-y reigning champ “Stranger Things,” was a surprise, but we know by now that actors just simply adore the Pearsons. Eighteen of the show’s 27 Emmy nominations have been for acting, including seven this year, and until last month, it had bagged an acting Emmy every year. All three of its Emmys, in fact, are for acting. And we’re all very well aware that no one loves rubber-stamping as much as SAG voters do (what’s up, Alec Baldwin‘s seven-peat?), which is only more good news for “This Is Us.”

Really, if the SAG Awards hadn’t snubbed it for the top prize the first year, it probably would’ve three-peated by now.

“The Crown” is currently predicted to win drama ensemble. The royal drama has three SAG wins for its first two seasons, but none in ensemble. “Game of Thrones,” which has never won a non-stunt ensemble SAG Award, is in second place. In fourth place is “Big Little Lies,” which definitely would’ve won the ensemble prize for a limited series for its first season if one existed. “Succession,” riding high off two Emmy wins and a hot second season, is in fifth.