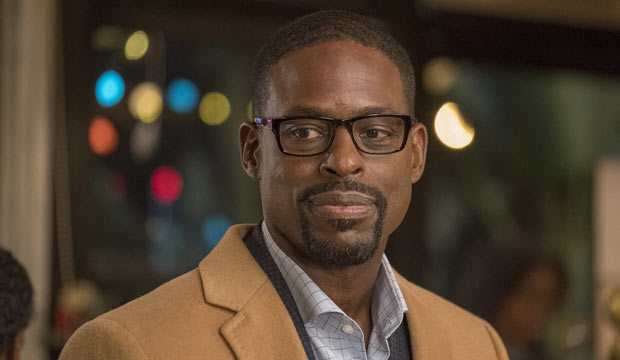 Could the third time be the charm for “This Is Us”? NBC’s acclaimed domestic drama returned to the Emmy race with nine nominations, including Best Drama Series. Gold Derby recently spoke with several of the show’s contenders, including stars Sterling K. Brown, Mandy Moore, Chris Sullivan, Ron Cephas Jones and Michael Angarano, plus composer Siddhartha Khosla, as well as actress Susan Kelechi Watson. Scroll down and click on any name below to be taken to their full interview.

SEE Emmy Episode Analysis: Sterling K. Brown (‘This Is Us’)

Brown has earned three consecutive Best Drama Actor nominations for playing adopted son Randall Pearson, winning for the first season in 2017 (he won Best Movie/Mini Supporting Actor for “The People vs. O.J. Simpson” in 2016 and contended for a guest spot on “Brooklyn Nine Nine” in 2018). Though he’s a pro at this point (one who could find himself in the Oscar race this year for “Waves”), he admits Emmy nomination morning “never gets old,” and he’s especially “giddy for my other castmates,” noting “for Mandy [Moore] and Chris [Sullivan], this was huge.”

Moore was certainly surprised to find herself nominated for the first time in Best Drama Actress for playing mother Rebecca Pearson. “It’s so crazy,” she reveals. “I’ve been in this business for 20 years, and this is not something that I ever expected, it’s not something I was working towards.” The show’s first season brought the former pop star a Golden Globe bid for Best TV Supporting Actress (2016).

SEE Emmy Episode Analysis: Mandy Moore (‘This Is Us’)

Sullivan also broke through for the first time in Best Drama Supporting Actor for playing Toby, who marries Pearson twin Katie (Chrissy Metz). “To be fair, my work in the first two seasons was crap,” he jokes, “and I got my act together for Season 3 and really started trying, really started giving it my all. It really has worked out.”

Among the Creative Arts contenders, we spoke with Jones, who has earned three consecutive nominations for playing Randall’s estranged father, William, winning the Best Drama Guest Actor prize in 2018 (he contended in supporting in 2017 and again in guest this year). Jones competed this year against first-time nominee Angarano, who played Jack’s deceased brother Nick in flashbacks. We also talked to Khosla, who earned his first bid for scoring the series.

SEE Emmy Episode Analysis: Chris Sullivan (‘This Is Us’)

Additionally, we talked to Watson about playing Randall’s wife, Beth. Click on any name below to be taken to their full interview: