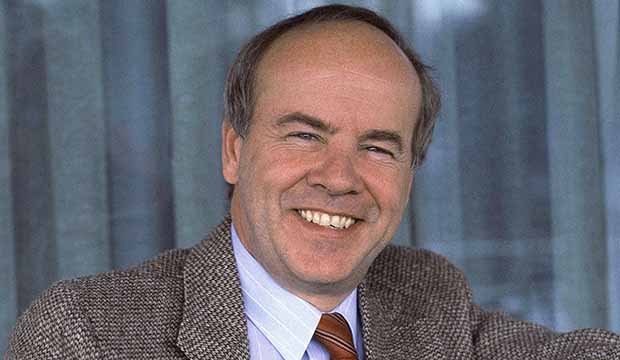 Funny man Tim Conway, who died on May 14 at the age of 85, inhabited many lives as a TV sidekick staple in the ’60s and ’70s. He was the bumbling Ensign Charles Parker opposite  Ernest Borgnine‘s Quinton McHale, the commanding officer of  a U.S. Navy PT boat during World War II. Conway’s goofy dimwit would often succeed in spite of himself. The series ran for four seasons from 1962 to ’66.

Conway would gain greater fame and acclaim on “The Carol Burnett Show” from 1967 to ’78,  originally as a frequent guest during the variety series’ first eight seasons and later as a regular for the last three. His recurring characters in sketches included The Oldest Man who would take an eternity to achieve any action and Mr. Tudball, a Type-A boss with a distinctive Easter European accent whose secretary Mrs. Wiggins (Burnett) was incapable of successfully achieving any chore.

The comic’s main claim to fame, however, was his impish ability to cause his co-stars to break character while failing to suppress their  laughter as the camera rolled. Probably the most notorious example was during one of the show’s “The Family” sketches, in which Conway’s character ad-libbed outrageous observations about a circus elephant for nearly five minutes. Vicki Lawrence‘s Mama finally put an end to the agonizing hilarity by asking, “You sure that little asshole’s through?” and brought down the house. Conway would win a Golden Globe for his work on the show in 1976 in addition to three performing Emmys in 1973, 1977 and 1978 plus another for writing in 1978.

At a 2013 event that promoted the actor’s memoir, “What’s So Funny? My Hilarious Life,” Burnett told those in attendance that “Tim’s goal in life was to destroy Harvey Korman,” their co-star on the show. Conway added, “Harvey wet his pants.” That observation was proudly repeated in an interview that same year with the “Los Angeles Times”: “Harvey never saw what I was going to do until he was actually doing the sketch,” he said. “As a matter of fact in the dentist sketch you can actually see Harvey wet his pants from laughing.”  That’s because Conway’s novice dentist accidentally injects himself with novocaine and loses the ability to use his limbs.

He would try his hand at being a top banana with 1970’s “The Tim Conway Show” opposite his “McHale’s Navy” co-star Joe Flynn in a sitcom about a pair of pilots who operate  a one-plane airline. It premiered in January but crash-landed by June.  He then got his own variety show the fall of the same year. But “The Tim Conway Comedy Hour” never quite achieved lift-off, either. It lasted for just 13 weeks — which led him to get a license plate that read “13 WKS.”

He would star in several Disney family films, most notably opposite Don Knotts in 1975’s “The Apple Dumpling Gang” and its 1979 sequel, “The Apple Dumpling Gang Rides Again.” He would be an in-demand guest actor on sitcoms over the years, winning Emmys for his 1996 appearance on ABC’s “Coach” as well as for his role as Bucky Bright in a 2008 “30 Rock” episode on NBC (bringing his career total to six Emmys). He also regularly recruited to provide voices for animated and children’s fare including “The Simpsons,” “The Wild Thornberrys,” “Hercules” and, most notably, as the voice of Barnacle Boy on  “Spongebob Squarepants.” He would be inducted into the Television Hall of Fame in 2002.

If Conway had any sort of philosophy when it came to his career and life, this quote would pretty much sum it up: “I’ve never really taken anything very seriously.” And you can bet that somewhere in the afterlife right now, he is still trying to make his late pal Korman laugh.