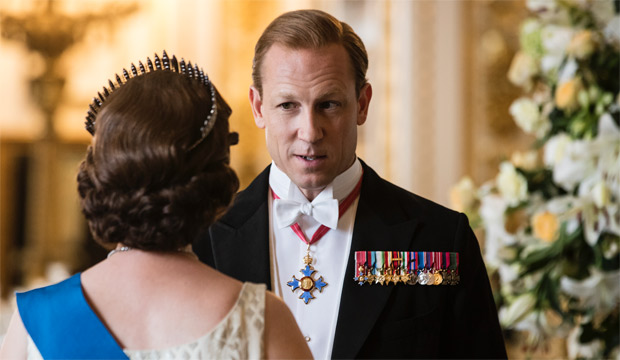 Despite appearing on Golden Globe fave “Outlander” for several seasons, Tobias Menzies only received a single nomination from the Hollywood Foreign Press Association at the 2016 ceremony (he lost to Christian Slater of “Mr. Robot”). At least the Globes nominated him — the Emmys cruelly snubbed the English actor year after year. Now that he’s left Starz’s “Outlander” and joined up with Netflix’s “The Crown,” Menzies could finally win the Golden Globe that’s eluded him all these years. In fact, he places second in Gold Derby editors’ racetrack odds for Best TV Drama Actor behind only Billy Porter (“Pose”).

SEE‘The Crown’ season 3 reviews: Olivia Colman and company are ‘magnificent,’ but does it still have the same ‘urgency’?

For its third year “The Crown” underwent a planned cast overhaul as the narrative jumped forward in time. Menzies has taken over the role of Prince Philip from Matt Smith, Olivia Colman has jumped in for Claire Foy as Queen Elizabeth II, and Helena Bonham Carter has succeeded Vanessa Kirby as Princess Margaret. Season 3, which is now streaming on Netflix, covers the years 1964 to 1977 as Harold Wilson (Jason Watkins) is elected Prime Minister of England.

All 10 of Gold Derby’s staff editors who cover awards year-round believe Menzies will be nominated at the 2020 Golden Globes: Chris Beachum, Riley Chow, Joyce Eng, Marcus James Dixon, Zach Laws, Rob Licuria, Daniel Montgomery, Matt Noble, Paul Sheehan and Susan Wloszczyna. Even though none of them currently predict he’ll win, don’t count out a surprise victory for Menzies as nothing is hotter than “The Crown” right now thanks to water cooler buzz and positive critics’ reviews.

Smith was nominated at the 2018 Emmys in the supporting actor category for playing Prince Philip. However, Menzies’ performance will be considered a lead role for the upcoming Golden Globes and Critics’ Choice Awards, where he should easily pick up nominations. Menzies is also a strong contender at the Screen Actors Guild Awards, which doesn’t distinguish between lead and supporting television roles.

Besides Porter and Menzies, our editors believe the other Best TV Drama Actor nominees at the Golden Globes will be Brian Cox (“Succession”), Jeremy Strong (“Succession”) and Kit Harington (“Game of Thrones”). Last year’s winner Richard Madden (“The Bodyguard”) is not eligible to return. Rounding out their Top 10 most likely contenders are Kevin Bacon (“City on a Hill”), Forest Whitaker (“Godfather of Harlem”), Jonathan Groff (“Mindhunter”), Penn Badgley (“You”) and Kevin Costner (“Yellowstone”).