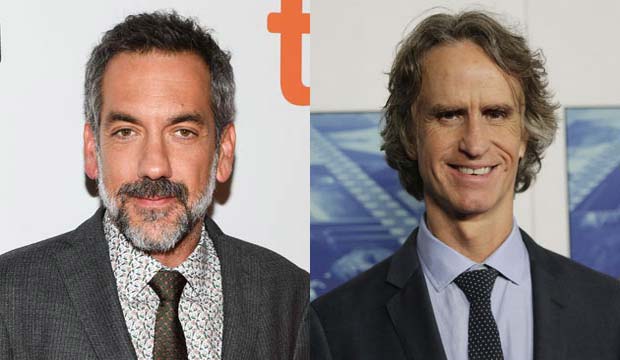 Winning an Oscar is no laughing matter, which is perhaps why so many comedy directors have turned to more serious subject matter to strike gold in recent years. Like Adam McKay (“The Big Short” and “Vice”) and Peter Farrelly (“Green Book“) before them, Todd Phillips (“Joker”) and Jay Roach (“Bombshell”) could be the latest to enter the awards race for proving their mettle in dramas.

Neither are strangers to the awards race. Phillips, in fact, is already an Oscar nominee for co-writing the comedic mockumentary “Borat” (2006). And Roach is a four-time Emmy winner for directing and producing the HBO TV movies “Recount” (2008) and “Game Change” (2012). He was also nominated for directing and producing “All the Way” (2016), and he directed Bryan Cranston to an Oscar nomination in “Trumbo” (2015). Both directors could now take home little gold men given the academy’s appreciation of comedy filmmakers who also know when to take things seriously.

McKay, a former “Saturday Night Live” writer, got his cinematic start with absurd comedies like “Anchorman: The Legend of Ron Burgundy” (2004) and “Step Brothers” (2008). But then he won an Oscar for writing “The Big Short” (2015), which was slightly more serious in exploring the causes and effects of the 2008 financial crisis. McKay was also nominated for Best Director for that effort, and his next film, the Dick Cheney satire “Vice” (2018), brought him additional Oscar bids for writing, directing and producing.

Before winning Oscars for writing and producing the Civil Rights-era road movie “Green Book” (2018), Farrelly was best known as one half of the Farrelly Brothers filmmaking team (along with his brother, Bobby Farrelly). Together they made such gross-out comedy classics as “Dumb and Dumber” (1994), “Kingpin” (1996) and “There’s Something About Mary” (1998).

Even though McKay and Farrelly won their Oscars for tackling weighty subjects, “The Big Short” and “Green Book” still competed at the Golden Globes as comedies. Phillips and Roach, on the other hand, will go all the way as both “Joker” and “Bombshell” have been positioned as dramas.

But this phenomenon is nothing new. Woody Allen set the groundwork for McKay, Farrelly, Phillips and Roach when he won Oscars for directing and writing the more grounded “Annie Hall” (1977) after establishing himself as a master of more surreal comedies such as “Bananas” (1971), “Sleeper” (1973) and “Love and Death” (1975). Wins for writing “Hannah and Her Sisters” (1986) and “Midnight in Paris” (2011) — not to mention 20 additional nominations — followed.

Not every comedy maestro tickles the academy’s fancy, though, even when they enter the race with very dramatic features. In 1990 two directors known for laughs — Jerry Zucker (“Airplane!”) and Penny Marshall (“Big”) — had their respective dramas “Ghost” and “Awakenings” nominated for Best Picture, but both were snubbed for Best Director.

However, Zucker and Marshall might be the exceptions, not the rule. If the success stories for McKay and Farrelly are any indication, both might want to start working on some serious Oscar speeches.