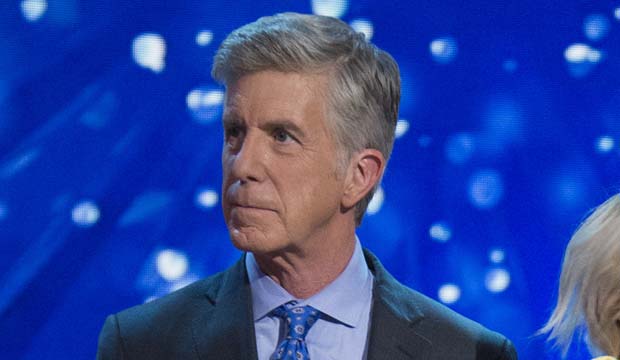 “Dancing with the Stars” has featured controversial contestants before, from Geraldo Rivera to Ryan Lochte to Tonya Harding, but with the newly announced casting of former White House press secretary Sean Spicer, even the show’s host Tom Bergeron is distancing himself from the decision. “Some thoughts about today,” he posted on Twitter, followed by a statement in regard to the cast announcement. Scroll down to read the whole thing at the bottom of this post.

Bergeron’s statement doesn’t call out Spicer by name, but his statement seems pointedly clear: “I offered suggestions for season 28. Chief among them was my hope that ‘DWTS,’ in its return following an unprecedented year-long hiatus, would be a joyful respite from our exhausting political climate and free of inevitably divisive bookings from ANY party affiliations. I left that lunch convinced we were in agreement,” he wrote. “Subsequently (and rather obviously), a decision was made to, as we often say in Hollywood, ‘go in a different direction’ … We can agree to disagree, as we do now, but ultimately it’s their call.”

He’s sure not talking about James Van Der Beek.

This isn’t the show’s first politically connected contestant. Tucker Carlson was on “DWTS” before he started calling white nationalism a “hoax” on FOX News. So was House Majority Leader Tom DeLay before he was convicted for violating election law in 2011 (though that conviction was overturned in 2013). Former Texas governor Rick Perry, who couldn’t even remember the Department of Energy during a 2011 primary debate, was on “DWTS” before he was appointed as the Secretary of Energy, which puts him in charge of America’s nukes.

Spicer infamously used his very first White House press briefing to gaslight reporters about the size of Donald Trump‘s inauguration crowd. He continued to carry water for the administration for months thereafter until finally resigning, not out of moral principle, but because he didn’t like the (brief) hiring of Anthony Scaramucci as communications director.

SEEPeta Murgatroyd is returning to ‘Dancing with the Stars,’ but what about Maks?

Though it’s been over a year since Spicer was in the White House, his “DWTS” casting comes soon after the administration he supported has inspired racist chants and had its anti-immigrant talking points parroted back by a mass murderer. Notably, “DWTS” was expected to reveal cast members on August 5, but that was delayed in light of that terrorist attack in El Paso, Texas.

A little controversy can do wonders for a show’s ratings, but do you think the Spicer casting was a mistake as Bergeron seems to? Vote in our poll below.

Some thoughts about today pic.twitter.com/aCQ4SHrGCI