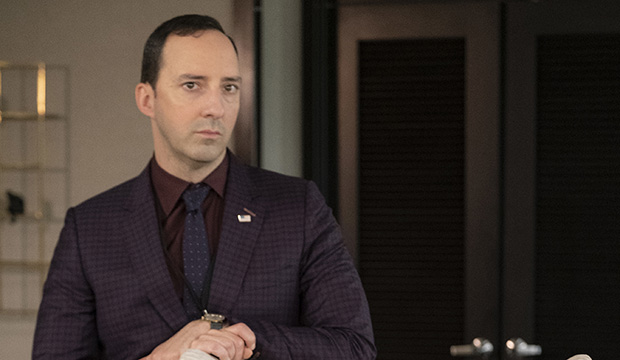 Tony Hale is one of three people to have won two Best Comedy Supporting Actor Emmy Awards this decade, the others being “Modern Family” stars Eric Stonestreet and Ty Burrell. If he wins again for the seventh and final season of “Veep,” he’d join an elite group of three-time champs in the category.

Three is not the record number of wins in the category though. Don Knotts triumphed five times for “The Andy Griffith Show,” while David Hyde Pierce (“Frasier”) and John Larroquette (“Night Court”) have four victories each.

Currently seeking his sixth bid as Selina’s bag man Gary, Hale converted his first nomination into a win in 2013; he scored his second statuette in 2015. He, of course, wasn’t eligible last year, as “Veep” skipped the cycle, paving the way for Henry Winkler (“Barry”) to win his first career Emmy.

Hale shouldn’t have a problem getting back into the field, even with HBO submitting eight supporting actors from “Veep,” as Gold Derby exclusively revealed. Winning would depend on how much voters want to give “Veep” a farewell hug. Hale has some new competition since the last time he competed; besides Winkler, there’s Screen Actors Guild Awards champ Tony Shalhoub from reigning Best Comedy Series champ “The Marvelous Mrs. Maisel” and Triple Crown seeker Alan Arkin (“The Kominsky Method”), who’s currently in first place in our odds.

Hale is close behind in second place, but has the backing of the majority of our Experts, with six, compared to three for Arkin and two for Shalhoub, who’s in fourth. Winkler is in third, while Tituss Burgess (“Unbreakable Kimmy Schmidt”) and Hale’s co-star Matt Walsh is in sixth.