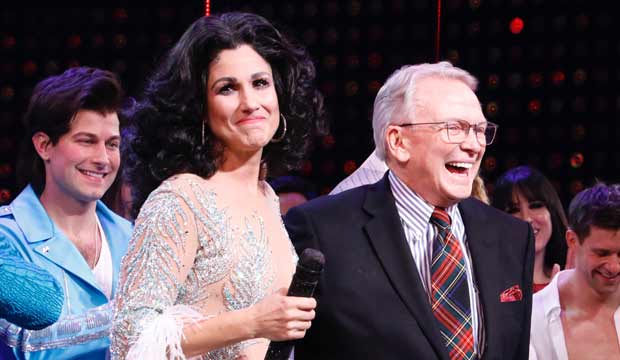 As of this writing Stephanie J. Block (“The Cher Show”) is the front-runner to win this year’s Tony Award for Best Actress in a Musical with 16/5 odds after prevailing at the Drama Desk and Outer Critics Circle Awards. But the last time this Tony category went to a performance in a show that wasn’t nominated for Best Musical or Best Musical Revival was 2000 when Heather Headley won for “Aida.” “The Cher Show” received three nominations overall, but the other two were for costumes and lighting design, not in the top category. So is Stephanie as far out front as the Experts think she is?

In the biographical musical about the life of Cher, we see the legendary recording artist at three stages of her life, with three actresses portraying her as “Babe,” “Lady,” and “Star.” While the show overall received a mixed critical reception when it opened on Broadway back in December, Block’s performance was singled out by critics as one of the best things about it.

For instance, Jesse Green (New York Times) wrote, “Not only does she ace Cher’s vocal inflections and physical mannerisms, including the half-mast eyes, the arm akimbo and the dancing-from-the-hair-up hauteur, but she somehow integrates them into a portrait of a woman at odds with the very dream that sustained her.”

Block is a Broadway veteran. In 2003 she made her Main Stem debut as Liza Minnelli in “The Boy From Oz” opposite Hugh Jackman and went on to appear in seven more productions on the rialto, earning Tony noms for “The Mystery of Edwin Drood” (2013), “Falsettos” (2017) and now “The Cher Show.” She’s not quite as overdue as Kelli O’Hara was back in 2015 when she finally won on her sixth nomination for “The King and I,” but Tony voters may still think it’s time to honor her.

However, it’s also worth noting that there is sometimes a Tony bias against musicals based on well known, fan-friendly properties. It especially showed last year when “The Band’s Visit” dominated the awards with 10 wins including Best Musical over “Frozen,” “Mean Girls,” and “SpongeBob SquarePants,” which capitalized on the popularity of their source material. If history repeats itself, we could see Beth Leavel (“The Prom”) or Eva Noblezada (“Hadestown”) win instead as they’re both starring in original musicals and not adaptations of already-popular movies, TV shows, or song catalogs.

Can Block achieve this Tonys feat like we’re predicting, or could there be a big upset in the making?

PREDICTTony Awards now and change them until June 9