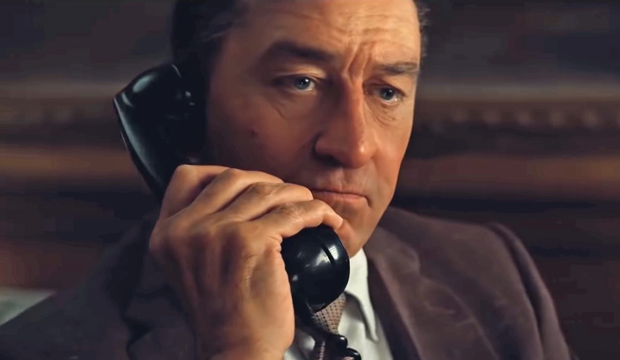 Frontrunners are already forming for the Oscar Best Director race, according to early combined predictions at Gold Derby. While most films in contention have not yet been released, enough teaser trailers are out there, ranging from “A Beautiful Day in the Neighborhood” and “The Irishman” to “Little Women” and “Ford v Ferrari” to provide some sense of what at least feels like a worthy contender. We’ve confirmed category placements with studios or campaigners, but — as awards season veterans know — such labels can change later. And once the fall film fests commence, the standings will likely rapidly shift.

Here are the current top 10 Best Director picks on the Gold Derby site, in order, as of Aug. 21:

1. Martin Scorsese (“The Irishman,” premieres at the New York Film Festival):  Marty and mobsters are like milk and cookies — most moviegoers just can’t resist. That this is his ninth collaboration with Robert De Niro (who plays the title character, hitman Frank Sheeran) and their first since 1995’s “Casino”  is an event indeed. Add to that Joe Pesci coming out of retirement to join his fave auteur and Al Pacino working with Scorsese for the first time ever as labor union leader Jimmy Hoffa and no true lover of film is going to miss this one. At age 76, one of  greatest American directors ever is keeping up to date by having Netflix stream his film as well as employing anti-aging technology for his male stars as the saga spans decades.

2. Quentin Tarantino (“Once Upon a Time in Hollywood”): With an 85% positive score on Rotten Tomatoes and his biggest opening weekend ever with $40 million-plus, Tarantino’s brand of violent mayhem continues to draw a crowd. Judging by the number of think pieces following its opening  in July, his grindhouse sensibilities and odes to Tinseltown past still can draw an adult crowd. Plus, he had the good taste to pair still-shiny golden boys Leonardo DiCaprio and Brad Pitt on the big screen for the first time ever.

Oscar history: Tarantino has competed twice in the Best Director category, for 1994’s “Pulp Fiction” and 2009’s “Inglourious Basterds,” but has yet to claim the prize.

3. Sam Mendes (“1917,” opens Dec. 25): This World War I drama was inspired by a story told by Mendes’ paternal grandfather revolves around two young British soldiers who are tasked to deliver a message warning of an ambush on the Western Front. It becomes a race against time, as they cross enemy territory to alert a British battalion of 1,600 men — which includes one of the soldier’s brother as they endure the dangers of trench warfare.

Oscar history: The last time a director won for overseeing a battle movie was 2009’s historic win for Kathryn Bigelow, who became the first woman to take the trophy with her 2009 Iraq War drama, “The Hurt Locker.” Mendes has previous big-screen war experience having helmed 2005’s  “Jarheads,” about cynical Marine recruits during the Iraq War. He won a directing Oscar on his first try with his scathing satire of  America’s suburbia, “American Beauty.”

4. Greta Gerwig (“Little Women,” opens Dec. 25): So you thought “A Star Is Born” was over-recycled  oacross the decades. This is the eighth filmed version based on Louisa May Alcott’s beloved Civil War-era tome about the New England March sisters and their wise mother Marmee. These days, the preferred version of the story is Gillian Armstrong’s 1994 version featuring Winona Ryder as would-be writer Jo. But judging from the just-released trailer, Gerwig her patented girlish spunk into the proceedings with Saoirse Ronan promising to match Ryder’s previous interpretation of proto-feminist Jo.

5. Pedro Almodovar (“Pain and Glory,” premiered at the Cannes film festival):  The Spanish auteur, who is on the cusp of turning 70, focuses upon a film director (frequent leading man Antonio Banderas) who is past his prime and reflects upon his past and present as he deals with various physical ailments and a growing drug addiction.

Oscar history: This is Almodovar’s 21st feature and probably one of his most personal. He was nominated for a directing Oscar for 2002’s “Talk to Her,” about two men who are tending to women in their lives, a lady matador and a dancer, who are both in a coma.

6. Bong Joon-ho (“Parasite,” premiered at the Cannes film festival and won the Palme d’Or): The cutting-edge South Korean director behind the monster movie “The Host” and the sci-fi action film “Snowpiercer” delves into the clash of the classes. A young man from a struggling family takes over a friend’s  job as a tutor for a child of a wealthy clan.  One dark and rainy night, matters take a serious and violent turn.

Oscar history:  Bong, the first Korean director to win the Palme d’Or, would be an Academy Awards newbie if he makes the cut.

7. Noah Baumbach (“Marriage Story, premieres at the Venice film festival”): Another personal story as a New York-based playwright (Adam Driver) and his L.A.-based TV actress wife (Scarlett Johansson) engage in a bitter bicoastal divorce that leads to a custody battle over their child.

Oscar history: A nomination for directing would be his first in the category.

8. Marielle Heller (“A Beautiful Day in the Neighborhood,” premieres at the Toronto film festival): It’s hard to judge from the trailer if there is the same sort of morally complicated situations such as the underage high-schooler who sleeps with her mom’s adult boyfriend in Heller’s “Diary of a Teenage Girl.” Or the devilish delight taken in the larcenous behavior exhibited by past-her-prime author turned forger Lee Israel in last year’s “Can You Ever Forgive Me?”  But take note that it is Matthew Rhys‘ cynical “Esquire” reporter whose outlook is changed when he meets one of the world’s most empathetic humans ever, children’s TV host Fred Rogers (Tom Hanks).

9. Steven Soderbergh (“The Laundromat,” premieres at the Venice film festival): Soderbergh takes a deep dive into the off-shore tax scheme known as the Panama Papers that would expose high-level leaders and wealthy notables. With such actors as Meryl Streep, Gary Oldman, Antonio Banderas, Sharon Stone and Matthias Schoenaerts in the cast, one can guess there will be fun to be had.

Oscar history: In 2000, he was twice-nominated as Best Director — for the biopic “Erin Brockovich” along with the well as for the crime thriller “Traffic,” which he won.

10. Taika Waititi (“Jojo Rabbit,” premieres at the Toronto film festival): Any filmmaker who brings humor to Marvel superhero films is aces in my book, which this New Zealander did with 2017’s “Thor: Ragnarok.” Now he mixes white nationalism in Nazi Germany with a coming-of-age tale of a misfit boy who attends a Hitler youth camp and thinks the fuhrer is his imaginary friend. Meanwhile, his mom is hiding a Jewish girl in their house.

Oscar history: None for directing yet.