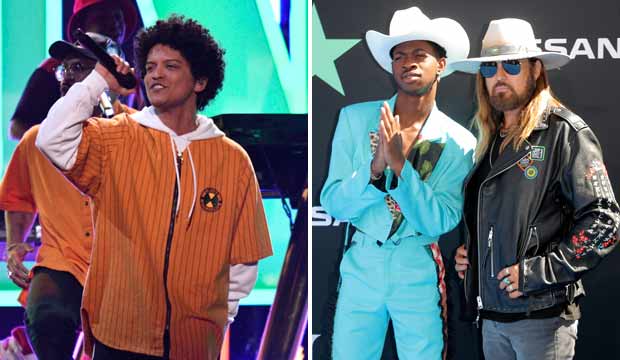 On the Billboard Hot 100 singles chart dated July 13, Lil Nas X and Billy Ray Cyrus‘s “Old Town Road” notched its 14th week on top, which puts it in rare company. It’s only the 10th song ever to spend that many weeks or more in the top spot. But is it the best ever to rule the roost for that long? Scroll down to vote in our poll at the bottom of this post.

Only two songs have ever spent more time in the lead position. Carey and Boyz II Men teamed up in 1995 on the mournful ballad “One Sweet Day,” which spent 16 weeks in the top spot. No song was able to match that achievement until more than two decades later when Luis Fonsi, Daddy Yankee and Justin Bieber‘s “Despacito” collaboration dominated the chart in the summer of 2017. It’s looking more and more like Lil Nas X might join them as the longest-running No. 1 hit of all time, and he might even beat them. But how does his song compare to the ones that came before? Vote below to let us know what you think.