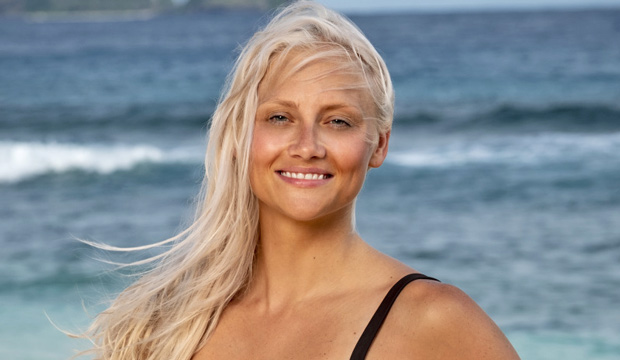 With 10 people left in the proper “Survivor: Edge of Extinction” game, it’s time to check in on who is emerging as a threat to win the season. After a highly successful pre-merge, the original Kama tribe has been steadily bleeding members post-merge, including Joe Anglim, Eric Hafemann and Julia Carter. The tables have certainly turned as the unlucky original Manu tribe that became Lesu now finds itself in a power position. Should any of that group get to the end, they certainly have a compelling story to tell the jury about surviving the early hardships and a seemingly unbeatable Kama tribe.

Looking at the edit, each of those Lesu members is well-defined and we know their personal story and strategic acumen. The same cannot be said for much of the Kama tribe, though there are some notable exceptions. Here are the Top 5 “Survivor” 38 contestants we think have the best winner’s edits heading into Episode 10.

SEE Will ‘Survivor’ celebrate its 40th season with an all-winners edition? And should they do it? [POLL]

Kelley’s journey to the Final 10 has been hard-fought, as her tribemates have been wanting to get her out since Day 1. It seems her name gets thrown out at least once every episode, and yet, she persists. She has been one of the primary characters of the season, as we are frequently checking in on her perspective every episode. The tone of her edit has been generally positive. Those who want her out of the game are more fearful of her as a threat than anything she is doing wrong on a social level. It will be tough getting to the very end but if she makes it to Final Tribal Council, she has a strong case to win the game.

Readers may remember I was bullish on Rick in the early episodes of “Survivor: Edge of Extinction,” until he was shockingly booted in Episode 4. Now that he has returned to the game, he seems to be in a strong position again, deftly avoiding the revolving door and getting back in with his Lesu tribe. Rick is often presented as a jovial presence that his tribemates love to be around, though we have seen some negativity in his disagreements with the tribe that voted him out. Still, he is a dynamic player that people seem to love, and could pull off a persuasive pitch to the jury. His only hangup will be jurors hesitant to vote for someone who was already voted out of the game.

It’s hard to really say how we are supposed to feel about Wardog. The edit has certainly presented him as a strategically adept player, constantly thinking about the game even as he remains loyal to Kelley and Lauren O’Connell. His social game has been a bit shaky, with some commenting on his aggressive tendencies, but this is an era that rewards active players who play hard. It may depend on who Wardog is sitting next to in the end, but he could still pull it off. He is certainly being presented as one of the main characters of the season; it’s just a matter of whether to read that as a winner possibility or an endgame threat taken out late.

David’s story through the first nine episodes has been defined by his relationships with other people. He spent much of the pre-merge unsuccessfully trying to get Kelley out and has had an on and off relationship with Rick in the post-merge. He is another person we frequently go to for confessionals, establishing him as a main narrator of the season. The issue for David when it comes to winning the game will be his lack of individual successful moves to show for himself. There’s still time for him to pull off such moves, but the way things are going now suggest he could get to Final Tribal Council but potentially not have the votes to win.

SEE ‘Survivor’ sneak peek video: David has no regrets about wasting hidden immunity idol — ‘It was the right move’ [WATCH]

The only original Kama tribe member who seems to have a genuine shot to win the game still is Julie. I noticed a curious amount of attention to Julie in the pre-merge that was “unnecessary” considering she never went to a Tribal Council, and now we are seeing how she will likely figure into the endgame. This past episode was a complex one for Julie, breaking down over the emotional toll of the game and feeling so uncertain about her alliance that she literally announced she was jumping ship. This could have been presented in a negative light that made her seem crazy, but the edit even included a moment of Jeff Probst rationalizing her feelings. Older women may struggle to win “Survivor,” but Julie is being presented in such a complex and sympathetic light that it seems possible she could buck the trend.

Looking at those on Extinction Island, it will be tough for anyone to win the game should they get back in. Eric had a sympathetic moment in this past episode where he was flirting with the idea of quitting, eventually resolving to stick it out. Then there’s Aubry Bracco, who has had a rocky road but remains steady. Joe perhaps has the best chance of making it back into the game due to his challenge prowess, but are people going to vote for someone who had such little involvement in the strategic game?