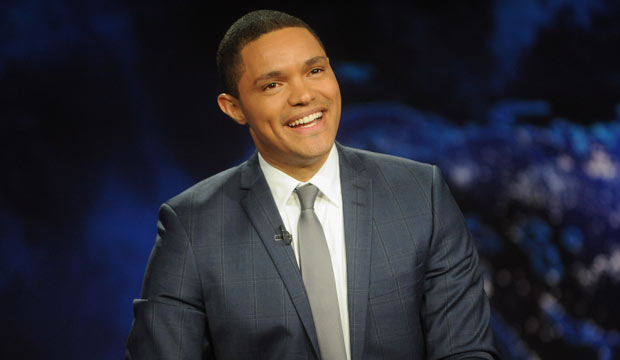 When Comedy Central had the task of replacing Jon Stewart at “The Daily Show” in 2015, they went with Trevor Noah. To some this was a surprising choice. He had been working on the show since 2014 as a correspondent, but did not have high name recognition. His advantage was seen as breathing a younger perspective into the format, a perspective that might serve “The Daily Show” well as the politically skewed series stared down the barrel of a presidential campaign with Donald Trump dominating the headlines.

SEEEmmys at last for ‘The Daily Show’ correspondents? Be my guest!

While Stewart was at the helm, Comedy Central’s “Daily Show” dominated at the Emmys. Over 13 years it won Variety Series or Variety Talk Series 11 times (losing twice to “The Colbert Report”). Needless to say, as far as the TV academy was concerned, Stewart left very big shoes to fill.

Last year Noah’s “Daily Show” received its first Emmy nomination in the Variety Talk category. It was no small feat, with him beating out Jimmy Fallon, Seth Meyers and Bill Maher for a spot in the crowded field. This was acknowledgement that he was not just the guy keeping Stewart’s old desk well-lit four night a week. He was providing laughs and commentary that was worthy of competing with the best of late night, a significant accomplishment for the new host.

This year he hopes to turn a one-off nomination into a pattern, one where his “Daily Show” becomes a perennial nominee in the Variety Talk category. Currently a campaign billboard for “The Daily Show” challenges voters by saying, “Don’t ‘Green Book’ this one, guys.” That’s a reference to this year’s polarizing Oscar Best Picture winner. It’s a campaign that will likely gain attention as it highlights his show’s woke sensibilities and appeals to TV industry workers’ desire to be superior their movie counterparts.

To win the Emmy, Noah faces an uphill battle. Stewart’s “Daily Show” was a breeding ground for acclaimed comedic talent. Until his last season, Stewart only ever had to contend with one of his former proteges: Colbert. Last year Noah was nominated alongside three “Daily Show” alumni – Colbert, Samantha Bee and eventual winner John Oliver. But if precedent is anything to go by, there may just be some hope. Because it was on Stewart’s second nomination in Variety Series that he started his record-breaking Emmy winning streak.